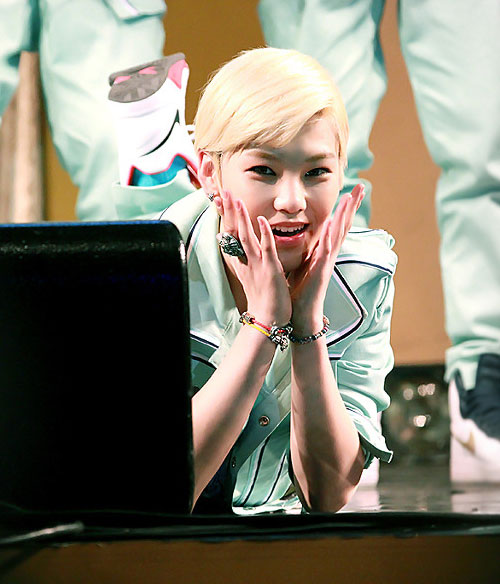 B.A.P‘s member Zelo‘s aegyo has shaken the hearts of female fans. On November 10, B.A.P’s official fan cafe uploaded a photo titled ‘Who has confidence not to go crazy’. On November 9, B.A.P was part of a hope concert for all cultural families. During the concert, MC Jeon Hyunmu asked B.A.P’s maknae Zelo to show the maknae’s cuteness. As Zelo gave his microphone to Himchan, he stood in the middle of the stage and put his two hands under his chin.

Some of the responses to Zelo’s aegyo video were:

“Maknae, you shouldn’t do that, nuna’s are gonna have bloody noses.”

B.A.P has ended its promotion of its third single Stop It, but will end the year of 2012 participating in various events.