B1A4 and A Pink to perform in Malaysia on September

Malaysia local’s radio station, one FM is set to have their very own concert, one FM THE ONE Concert, in September. This exciting event will feature a number of celebrities.

Along with the rising Hallyu Wave in Malaysia, one FM announced that two K-pop groups, B1A4 and A Pink, are confirmed to take the stage along with other local and Taiwanese artistes such as, A–FÜ(Deng Fu Ru), William Wei(Wei Li An), Magic Power, ManHanD, dayDream, DA.MON.STER, Tedd, Hanley, Orange, Wincci, Vivian, Kopi, Gina, Victor, Cindy, Seven, Kvinx and Zac.

one FM THE ONE Concert is taking place at Boulevard Strip, Plaza Low Yat Kuala Lumpur at 8PM on September 29. Additionally, Jazzy Group also reveals that they will be holding High-Five fan meetings for two Korean groups on Sep 30 and there is high speculation that they will be B1A4 and A Pink.

For more information about the event, stay tuned to hellokpop! 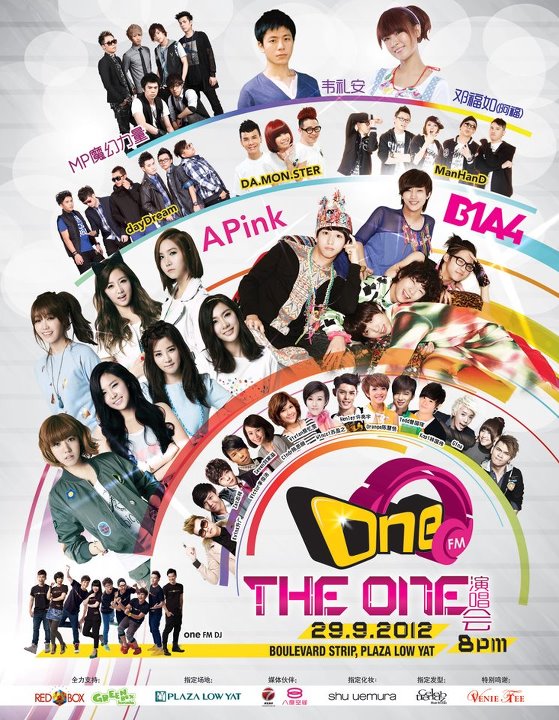