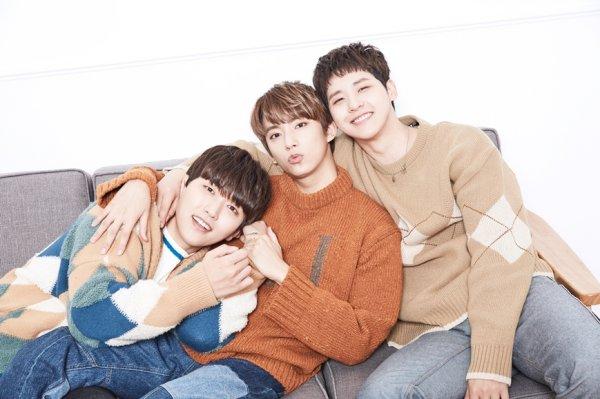 After three years of being on hiatus, B1A4 confirmed that they will be making their comeback with the three members; CNU, Sandeul and Gongchan, as a full group.

An official from WM Entertainment confirmed, “B1A4 is preparing for a full-length album with the goal of making a comeback on October 19. This will be the first album to be released as a full group in three years. We are putting our heart and soul into it, so please look forward to it.”

Since the release of Rollin in September 2017, B1A4’s upcoming album is drawing more more attention than ever. This new era marks as their comeback with three members, following Baro and Jinyoung‘s departure from the agency.

B1A4 has solidified its position by gaining recognition for its musicality and unique concept as “self-made idols”. While on a group hiatus, the three members have been busy with their respective solo activities.

CNU is consistently releasing his self-composed songs such as “Seoul,” “A Day of Love” and “Oblique Line”.

Meanwhile, Sandeul recently made his mark as a singer-songwriter by releasing his self-composed album “My Little Thought Ep.1”. He also released the soundtrack “Slightly Tipsy” of the webtoon She is My Type. The track has climbed various music charts including Melon, FLO, Bugs, and Genie.

Gongchan, the youngest member of the team, has been busy as an MC and actor. He recently stars  in the MBC every1 drama Lonely Enough to Love as a top bodyguard who’s famous for working with A-list clientele.