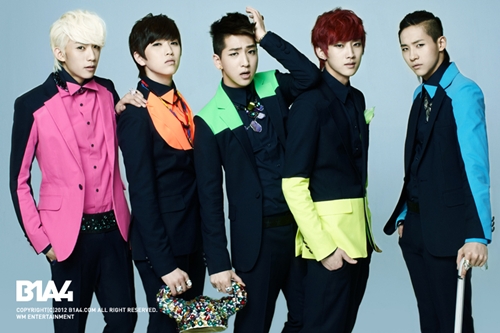 Boy band B1A4 will hold its first ever exclusive concert this coming 8th and 9th of December at the Olympic Handball Arena in the Seoul Olympic Park. The showcase will be special as it will be its first independent concert since debut and will also include a fan meeting event.

B1A4 made its official debut in 2011 with the mini album Let’s Fly and recently made a Japanese debut in June to find success on local music charts including Oricon and Tower Records.

Hellokpop, as an independent Korean entertainment news website (without influence from any agency or corporation), we need your support! If you have enjoyed our work, consider to support us with a one-time or recurring donation from as low as US$5 to keep our site going! Donate securely below via Stripe, Paypal, Apple Pay or Google Wallet.
FacebookTwitter
SubscribeGoogleWhatsappPinterestDiggRedditStumbleuponVkWeiboPocketTumblrMailMeneameOdnoklassniki
Related ItemsB1A4Let's FlyOlympic Handball ArenaOriconSeoul Olympic ParkTower Records
← Previous Story Psy to perform topless if ‘Gangnam Style’ tops Billboard
Next Story → TVXQ and SNSD’s Seohyun for Ceci Korea