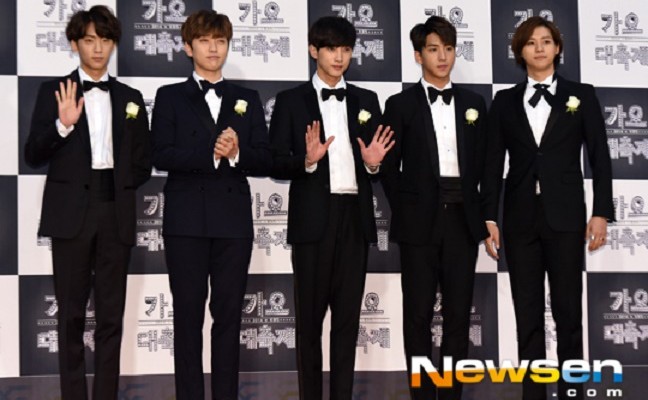 Exciting news has arrived as B1A4 is set to make its long-awaited comeback to the K-pop scene this August!

According to WM Entertainment on June 30, B1A4 plans to join the summer comeback battle in August, and the group is now busy gearing up for its new album. The agency also revealed that the boys’ coming lead track will be composed by member Jin Young, who was involved in their previous hits, namely Solo Day and Lonely. However, the exact comeback date has yet to be decided.

The five-member group last promoted as a whole with its fifth mini album Solo Day in July of last year. Since then, some members have actively carried out their individual activities. Jin Young presently appears on the MBC drama Warm and Cozy, San Deul is participating in MBC singing program Mask King, while CNU is working on the musical Chess.