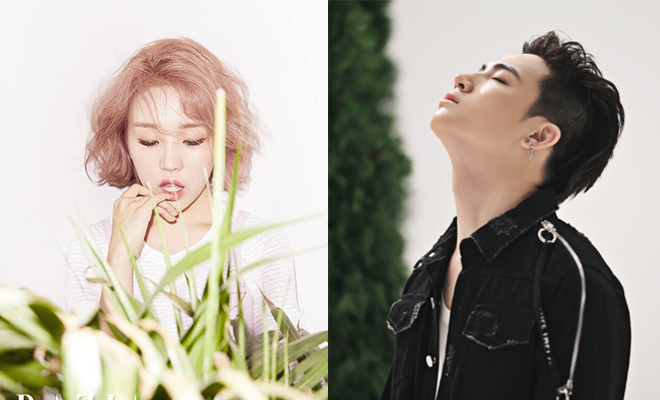 Baek A Yeon and JB will make your Christmas even more special.

JYP Entertainment announced this Friday that two of its artists, Baek A Yeon and GOT7’s JB, will be working together. 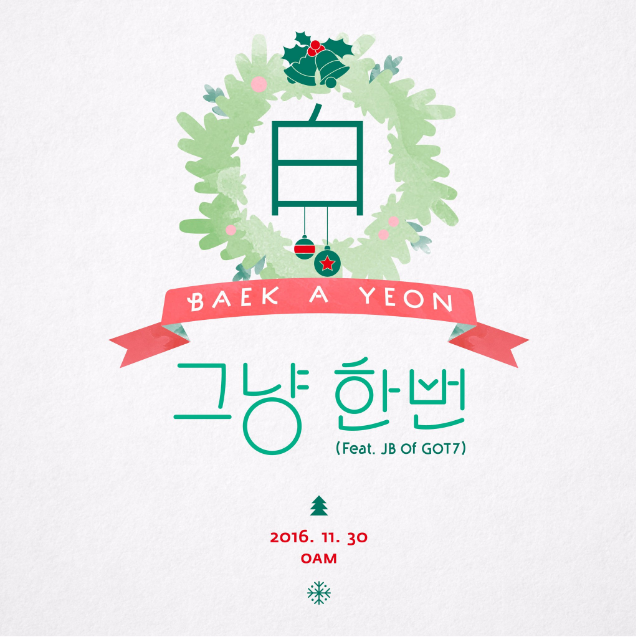 The two artists will collaborate and release a Christmas track entitled Just Because on November 30, at 0am (KST).

Baek A Yeon is a South Korean singer-songwriter that joined and ranked third among the contestants of the K-pop Star season 1. Her latest single So-so, which is composed by herself, has gained more than 12 million views already.

Hellokpop, as an independent Korean entertainment news website (without influence from any agency or corporation), we need your support! If you have enjoyed our work, consider to support us with a one-time or recurring donation from as low as US$5 to keep our site going! Donate securely below via Stripe, Paypal, Apple Pay or Google Wallet.
46
SHARES
FacebookTwitter
SubscribeGoogleWhatsappPinterestDiggRedditStumbleuponVkWeiboPocketTumblrMailMeneameOdnoklassniki
Related ItemsBaek A YeonGOT7Im JaebumjaebumJBJust Becausejyp entertainmentK-Pop Starso-so
← Previous Story Former Topp Dogg Kidoh And Rapper Iron Go To Jail For Drug Abuse
Next Story → YG Confirms Departure Of WINNER’s Nam Tae Hyun