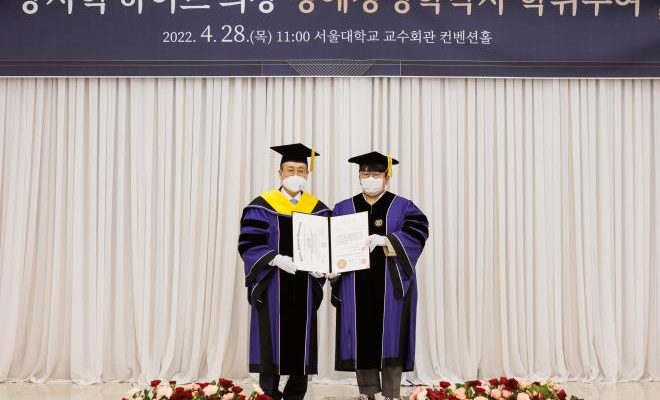 According to the President of SNU Oh Se-jung, Bang was honored for his contribution to HYBE’s outstanding growth as a global company, along with his efforts in driving the innovative expansion of Korea’s culture and art industry.

Choi Haecheon, Dean of Graduate School, stated in his congratulatory message, “Chairman Bang has played a crucial role in the process of K-pop becoming a worldwide phenomenon. We also recognize his contribution to establishing a global music industry system.”

He noted that as SNU rebuilt its cultural center, it fully understands the power of culture in the technical age. Choi also stressed that as did Bang, next-generation players should be able to innovate Korean pop culture based on their understanding of technology and the market.

During his acceptance speech at the ceremony, Bang mentioned that he had often faced challenges and learned lessons through first-hand experiences as a person who did not study business through a regular curriculum. He also emphasized that in the course of operating a company, he realized that the essence of a company is to survive and grow based on a long-term vision.

“HYBE focused on strengthening the core and essence of the company and developing the power to move in the direction planned before the pandemic,” stated Bang. 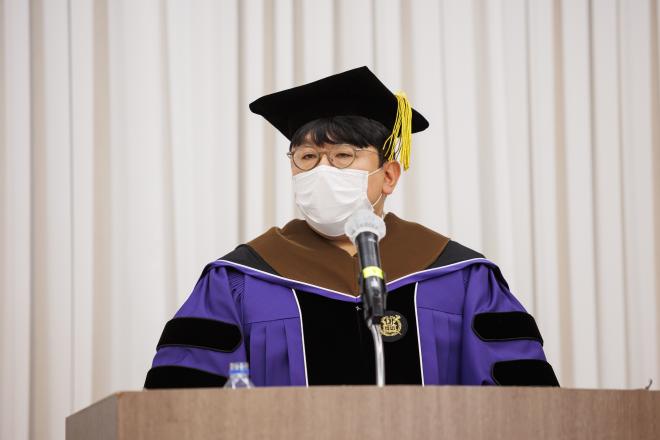 He added that HYBE’s borderless expansion was a fortunate result of the company’s efforts in enhancing the organizational, structural, and financial competitiveness to pursue “survival,” “growth,” and “vision” even during the pandemic.

While mentioning that HYBE will be prioritizing ‘convergence of technology and culture’ and ‘aspects of the future music industry’ in order to continue endeavors even after the pandemic, Bang concluded his speech by expressing his determination to continue to pursue the corporate values as a responsible businessman.

Meanwhile, SNU has been awarding an honorary doctorate to a person who either made a special contribution to academic development or to the improvement of human culture, and Bang Si-Hyuk is the first to receive this honor in the pop culture industry. The honorees include Marshal Douglas MacArthur, South African President Nelson Mandela, Myanmar National Adviser Aung San Suu Kyi, and the eighth Secretary-General of the United Nations Ban Ki-moon.