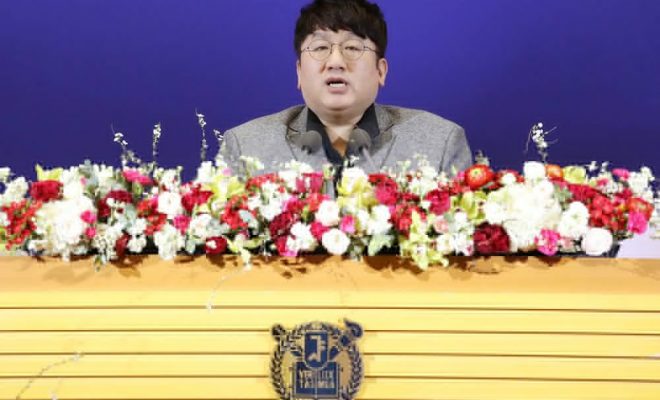 Bang Si Hyuk has an unexpected, yet inspiring, piece of advice for this year’s graduates. 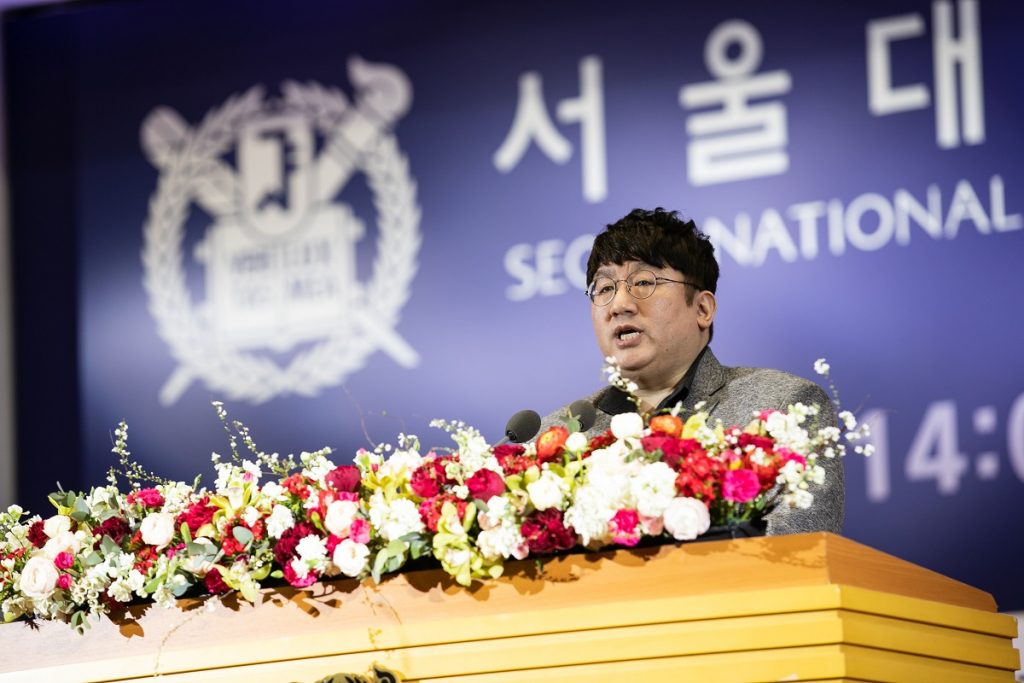 Bang, an alumni of the university, imparted advice by sharing his own experiences. The producer shared his frustrations with the world and how he used it to fuel his desire for success.

“I was angry about the “complacency” of working satisfactorily,” he shares, “and I took on each day without compromise as if it were the last with the calling of creating the best contents.” 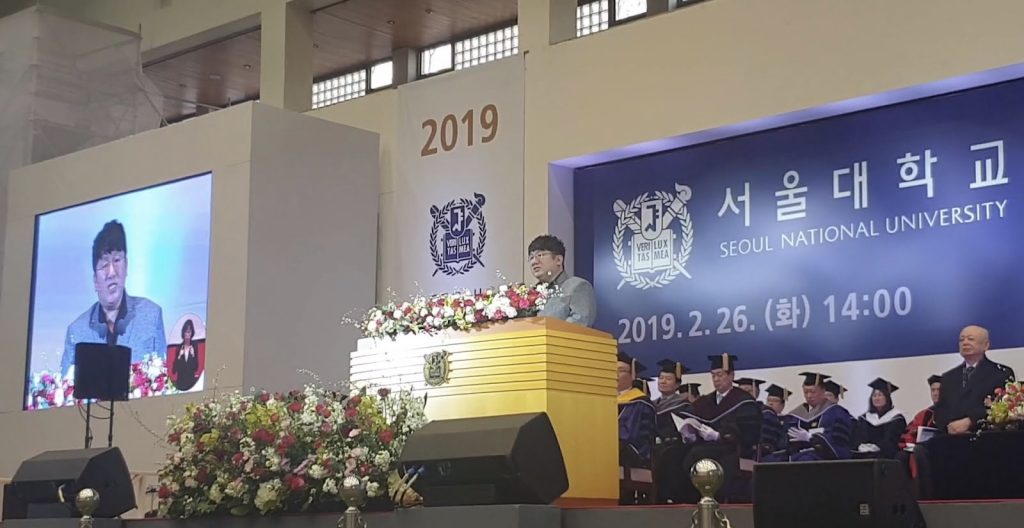 The CEO notes how the same anger persisted as he began working, saying that the “situation of the industry was not sensible.” Despite this, he is able to continue working on his craft thanks to the fans he comforts with his music.

But if there is anything graduates should take away from Bang’s speech, it should be the desire to fight against complacency. The producer encouraged everyone to be little fighters in their everyday lives.

He concluded his speech by encouraging the latest batch of graduates to carve a path for themselves, despite the challenges that may come with it. Bang encouraged the graduates to share his anger with mediocrity and fight against it.