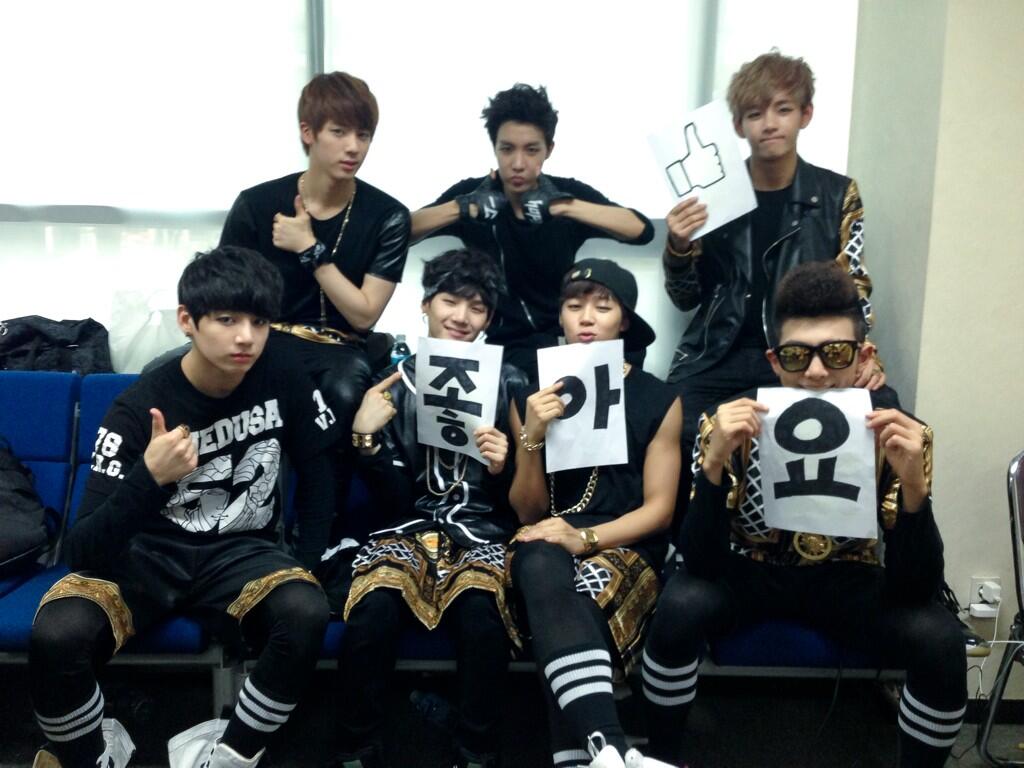 Bangtan Boys (BTS) are raising an Army – that might be the cue.

The seven Bangtan Boys (BTS); Rap Monster, J-Hope, Suga, Jimin, Jin, V and Jungkook made their debut a month ago with the single “2 COOL 4 SKOOL”. After a month of debut, the boys announced their official fanclub name.

On July 9, the seven boys took to their fancafe and announced that the fanclub name has been confirmed. Their fans are now officially called A.R.M.Y (아미), which stands for Adorable Representative M.C for Youth. They also explained the significant meaning behind it.

ARMY is military in English, the body armor and military are always together, so it means that the fans will always be together with the Bangtan Boys.