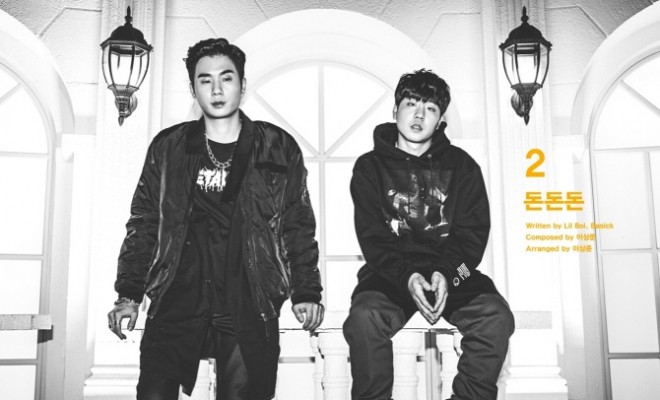 Rappers Basick and Lil Boi‘s coming collaborative album might be one of the most highly-anticipated albums!

After finishing Show Me The Money 4, skilled rappers Basick and Lil Boi have now teamed up for a project album. Both of them were on the same stage once to compete against each other at the 1:1 battle, and now they are coming together to produce good music for fans.

Ahead of the release, the two artists dropped the image teasers for the album. Now, they are giving fans a sneak peak of the title track Call Me with a music video teaser.

The album will consist of three songs; 연락해 (Call Me), 돈돈돈 and Watch Out. The lead track Call Me will feature Basick’s labelmate Hwasa from MAMAMOO. Meanwhile, the third track Watch Out will be chosen as OST for the movie Angry Lawyer.

The project album is slated for release on October 5.