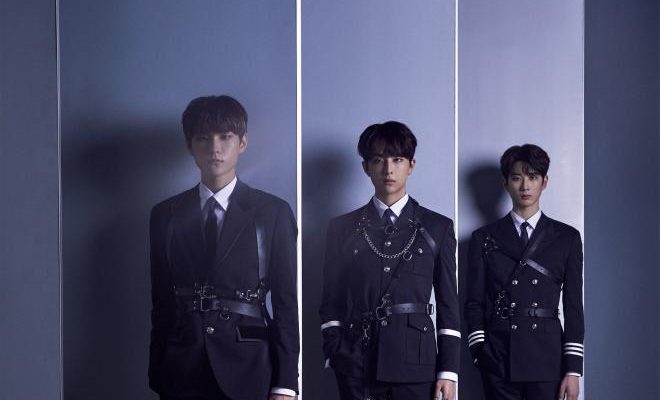 BDC Reveals Out Of This Planet Track List For “THE INTERSECTION: BELIEF”

BDC shared their unearthly track list, taking a step closer to their comeback.

Boy group BDC began teasing its album contents for the first extended play THE INTERSECTION: BELIEF. The start to what this moon-themed release will include was highlighted on its track list. 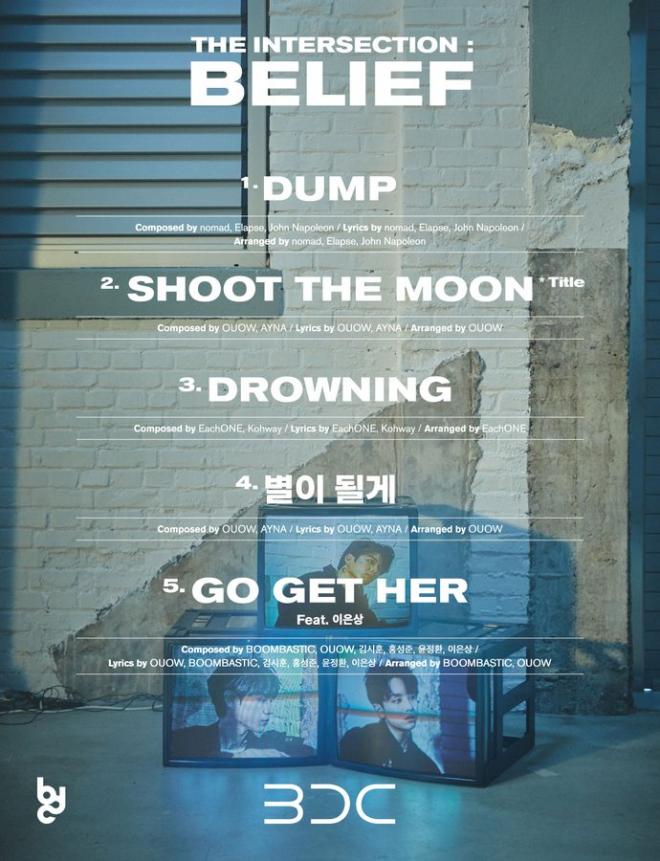 Brand New Music garnered fans’ attention after the reveal of five titles which BDC will drop in the coming days. In particular, the title song which they will focus on is called “SHOOT THE MOON”. It is a Future-pop-based dance track with a unique synth sound.

In addition, the album will also include the impressive Urban Trap number with heavy bass lines, “DUMP”.

Also, the R&B track “DROWNING” will include  whimsical lyrics comparing the feeling of falling in love to that of falling into the ocean.

Next, “별이 될게” (I’ll Be A Star, literal title) is a ballad which perfectly combines acoustic guitar sounds and the members’ unique vocals.

Specifically, the last song on the list “GO GET HER” will feature fellow label mate Lee Eun Sang, who collaborated with BDC for the song. In particular, the four first presented this piece during their Produce X 101 participation, which makes its studio release a highly anticipated one.

Previously, BDC shared various concept images and trailers, showcasing mysterious atmosphere and focusing on the moon as their main theme. The group aims to continue with revealing the music video teasers for “SHOOT THE MOON” and also upload an album preview and choreography trailer.

Meanwhile, BDC will drop THE INTERSECTION: BELIEF on September 23 at 6 PM KST. They will also hold a countdown Live on the same day at 5 PM KST to celebrate their album’s release.