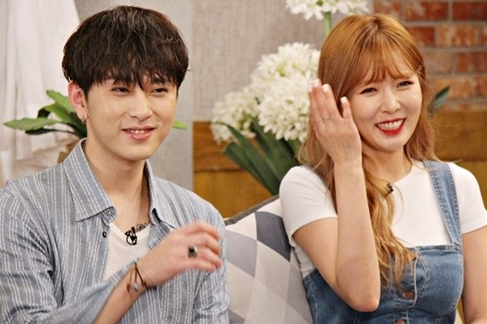 BEAST’s Jun Hyung: “HyunA Isn′t Like She Is On Stage All The Time”

HyunA is modest and hardworking!

HyunA has just appeared on July 28 episode of KBS2′s Happy Together. 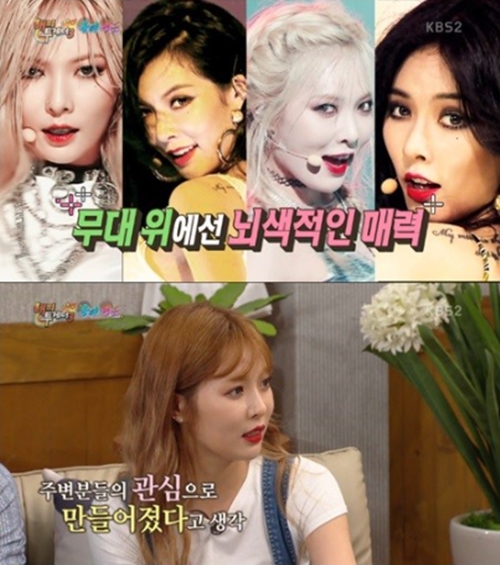 During the show, Jun Hyung expressed his thoughts about the singer. He said: “Hyuna is being humble. Anyone can attest that she has talent. However, she isn′t like she is on stage all the time.” 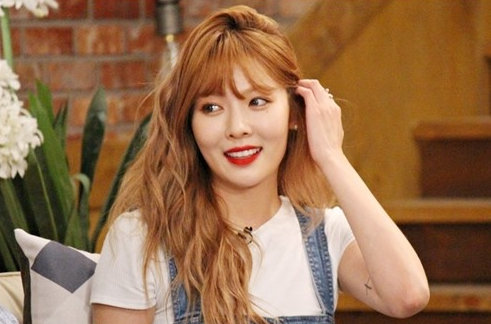 However, the singer seems to put herself under pressure, sharing: “People around me have made that title for me. It′s not about comparing me to other people, but how I carry myself”

She added: “There are many attractive people amongst my colleagues. I monitor often. When I watch it, I think I receive their energy. When I look at Jun Hyo Seong, Seol Hyun and Yura, I think they are very attractive.”

Meanwhile, HyunA’s upcoming album will be unveiled on August 1.