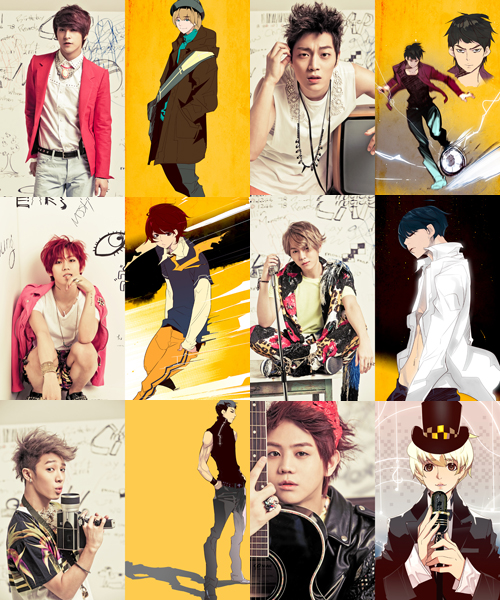 BEAST will release a comic book entitled The BEAST – Beginning of Destiny. The BEAST members were transformed into anime characters who posses the nature and attributes of the real members. Doojoon‘s powerful aura as a leader, Hyunseung‘s charms, Junhyung‘s chic style, Yoseob‘s mysteriousness, Gikwang‘s strong image and Dongwoon‘s clever appearance. The comic book is about the members, who each have special powers to save the human race from villains; the gang will also fall in love. The first comic will be published on August 22.

Hellokpop, as an independent Korean entertainment news website (without influence from any agency or corporation), we need your support! If you have enjoyed our work, consider to support us with a one-time or recurring donation from as low as US$5 to keep our site going! Donate securely below via Stripe, Paypal, Apple Pay or Google Wallet.
24
SHARES
FacebookTwitter
SubscribeGoogleWhatsappPinterestDiggRedditStumbleuponVkWeiboPocketTumblrMailMeneameOdnoklassniki
Related ItemsBEASTcomicDongwoonDoojoonGikwangHyunseungJunhyungThe BEAST - Beginning of DestinyYoseob
← Previous Story KARA to make comeback on August 22
Next Story → Teen Top release dance version MV for ‘Be Ma Girl’