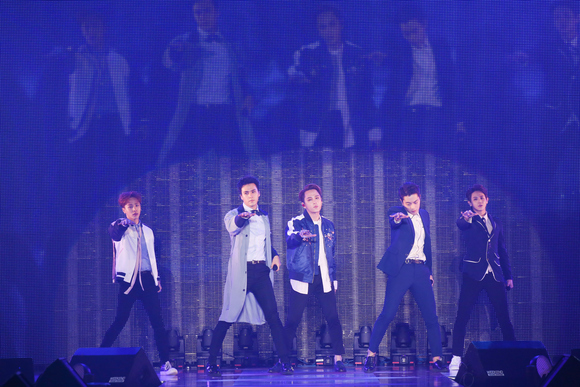 By Sharon | May 1, 2016
267
SHARES
FacebookTwitter
SubscribeGoogleWhatsappPinterestDiggRedditStumbleuponVkWeiboPocketTumblrMailMeneameOdnoklassniki

It is BEAST’s First Stage since Hyunseung’s departure.

It has not been long since Hyunseung’s official withdrawal from BEAST. The group however, are resuming their activities and had their first stage as five at a recent event in Sapporo.

The quintet were the last artists of the night and performed a total of six tracks, including the group’s Japanese debut single ‘Shock’, ‘How About You’, ‘Guess Who?’, ‘Beautiful Night’, ‘Hands Up’, and their latest Japanese single ‘Stay Forever Young’.