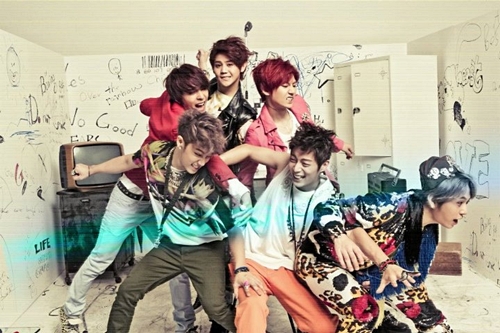 BEAST has provided fans the opportunity to go behind-the-scenes to see exclusive clips from the filming of Beautiful Night in New York.

Despite having to face the heat during the day as well as filming at night, the video displays the members of BEAST enjoying their time on set. Netizens enjoyed watching the video and left comments displaying their support for the band. Many also commented on leader Doojoon‘s comical behavior saying, “Haha! Doojoon is bullying all his dongsaengs!”

Other comments included, “During the night shooting, Yoseob seems to get into the song so much that when I watch him jumping and I wanted to jump as well! I wish I was filming this with them boys! Love them more and more after watching this!” and “Seeing how Doojoon keeps bullying Junhyung, he really cares about his vice-leader.”

Check out the making of Beautiful Night below and tell us what you think!