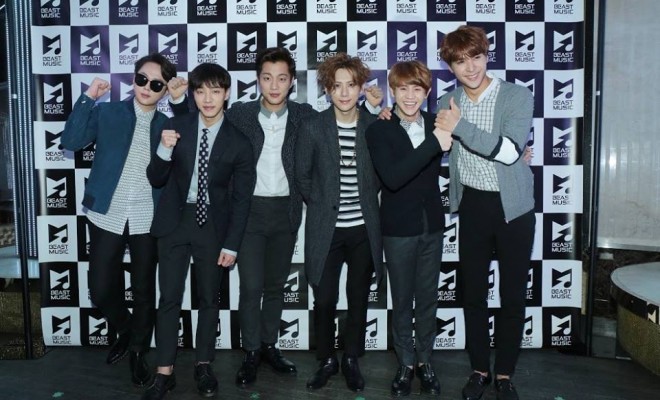 The boys have made their comeback to the J-pop scene on November 16th with the full music video for Last Words, off their Japanese single album of the same title. In the video, the group is seen struggling with their sadness, while captivating listeners with their emotional and smooth vocals.

BEAST’s coming Japanese album will consist of two tracks, including Only One as the coupling track. It will be released in four formats: regular version, first press limited edition, members’ solo versions, and FC (fanclub) limited edition. The album is slated for release on November 27th.

Hellokpop, as an independent Korean entertainment news website (without influence from any agency or corporation), we need your support! If you have enjoyed our work, consider to support us with a one-time or recurring donation from as low as US$5 to keep our site going! Donate securely below via Stripe, Paypal, Apple Pay or Google Wallet.
27
SHARES
FacebookTwitter
SubscribeGoogleWhatsappPinterestDiggRedditStumbleuponVkWeiboPocketTumblrMailMeneameOdnoklassniki
Related ItemsBEASTJ-poplast wordsmusic videoOnly One
← Previous Story EXID’s Junghwa And Hani Are Hot In Pink In New Teaser Videos
Next Story → GOT7 Unveils Adorable Teaser Image For ‘MAD Winter Edition’