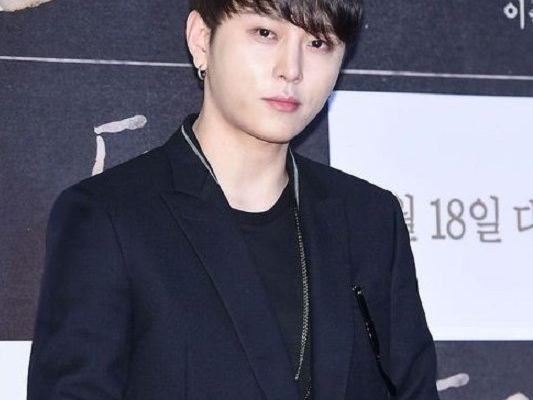 The solo track will come out soon!

The BEAST member Junhyung is preparing to release a solo track soon. The news came after a day of member Hyunseung’s official withdrawal from the group.

On April 20, Cube Entertainment’s rep confirmed to media outlet Osen that the solo release news is true, “It is true that Junhyung is in the midst of preparing to drop a project solo track of own composition, however the release period is not determined yet.”

In related news, BEAST will be returning with a new album as a five-member group this year.

Hellokpop, as an independent Korean entertainment news website (without influence from any agency or corporation), we need your support! If you have enjoyed our work, consider to support us with a one-time or recurring donation from as low as US$5 to keep our site going! Donate securely below via Stripe, Paypal, Apple Pay or Google Wallet.
44
SHARES
FacebookTwitter
SubscribeGoogleWhatsappPinterestDiggRedditStumbleuponVkWeiboPocketTumblrMailMeneameOdnoklassniki
Related ItemsBEASTCubeHyunseungJunhyungsolowithdrawalYong Junhyung
← Previous Story Song Joong Ki Joins Luhan in Chinese ‘Running Man’
Next Story → EXID Preparing For June Comeback