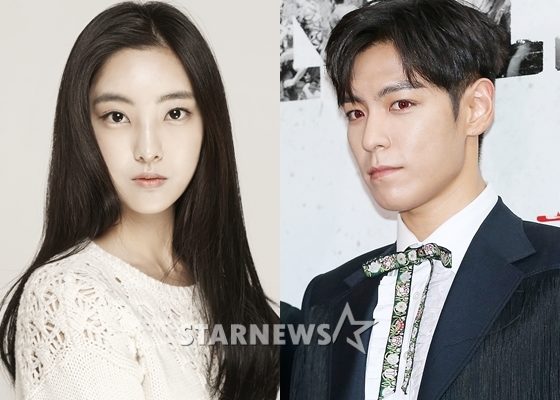 Mo Riyoo from the on-air KBS2’s drama Beautiful Mind, was revealed to be BIGBANG T.O.P’s cousin. In the drama, she plays the role of a nurse named Lee Haejoo, who has good chemistry with Ha Jaesuk, played by Jang Moon Kyung.

Her agency, DODO Entertainment, confirmed the news and said: “Mo Riyoo’s real name is Kim Yoo Mori. It is true that she is T.O.P’s maternal younger cousin. However, she feels burdened in revealing the family relations (with T.O.P).”

The agency told Starnews that she is being careful when mentioning her relation with T.O.P. She feels burdened because T.O.P is a well-known figure.

Mo Riyoo made debut through a film named White: The Melody of the Curse in 2011. She appeared in dramas Scent of a Woman, Queen of the Office and The Night Watchman’s Journal.