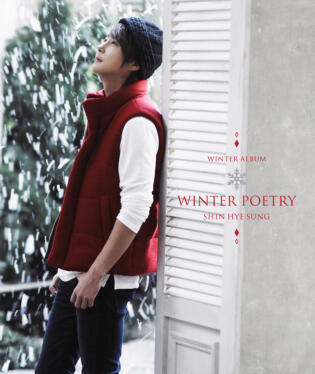 On December 4, Shin Hyesung of Shinhwa will be releasing an album entitled Winter Poetry.

The special winter album’s title track is Would Have Been Good If It Was You . Through Liveworks’ official Youtube channel, a video showing the album and music video making was revealed. At the set of the music video filming, Hyesung’s dedication was showing as he sang wholeheartedly and greeted the staff afterwards.

Meanwhile, his sold-out concert will be held on at Seoul Kyunghee University Grace Peace Palace Hall on December 30 and 31. Fans are hoping that he will sing the tracks of the Winter Poetry.