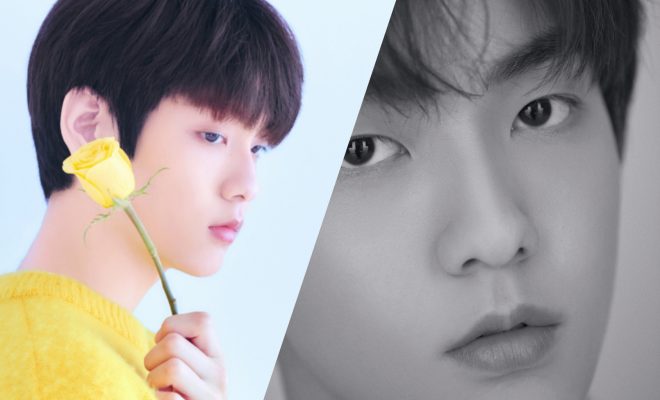 Photos and an introduction film were uploaded by the entertainment company on its official social media channels at 12 a.m. KST of January 14.

Similarly to the previous introduction film, a Morse code of the word “dreaming” appeared at the end.

The introduction came two days after the official announcement of the upcoming debut of a new boy group under Big Hit Entertainment — almost six years since BTS — called Tomorrow X Together or simply TXT and its first member Choi Yeonjun.

Within minutes of his reveal, Soobin became a worldwide trending topic on Twitter.

As of 12:30 a.m. KST, the hashtag #SOOBIN was already the second topmost trending topic on the social networking site. It garnered more than 245,000 tweets in 30 minutes with the number expected to grow in the next hours.

Moreover, fans were able to unearth pre-debut photos of the member and find out some information about him.

According to the information circulating on Twitter, the TXT member, who was born in 2000, is the second oldest in the group after Yeonjun who was born in 1999. He will also reportedly serve as the leader of the boy group.

Meet TXT: The Newest Boy Group You Will Stan This 2019

A lot of buzz have been surrounding TXT even before the members’ official introduction.

Many eyes are constantly looking at the boys as they come from the entertainment company behind the phenomenal boy group BTS.

News reports described TXT as a bright idol group whose members came together for their dreams which relates to the meaning of the group name Tomorrow X Together — “You and I are together in one dream and make tomorrow together.”

FacebookTwitter
SubscribeGoogleWhatsappPinterestDiggRedditStumbleuponVkWeiboPocketTumblrMailMeneameOdnoklassniki
Related ItemsSoobinTXT
← Previous Story Number Of Hallyu Fans Grows 22% In 2018, Thanks To BTS?
Next Story → EXO’s Sehun To Part-Time On “Coffee Friends” As Per Yoo Yeon Seok’s Request