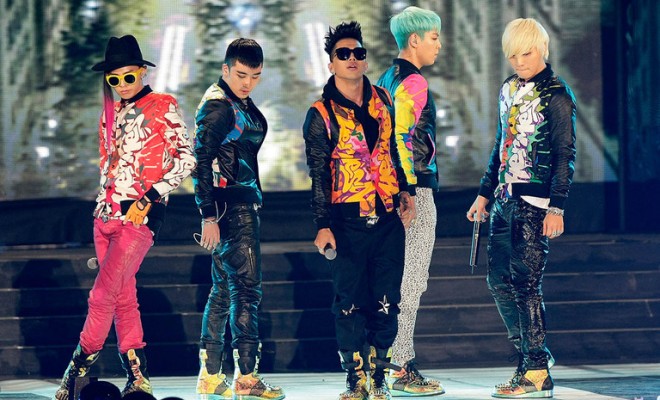 BIGBANG along side Ariana Grande for ‘Most Anticipated 2014 Summer Album’

By Kimberly | May 18, 2014
20
SHARES
FacebookTwitter
SubscribeGoogleWhatsappPinterestDiggRedditStumbleuponVkWeiboPocketTumblrMailMeneameOdnoklassniki

BIGBANG have proved their global reach by being ranked as one of 25 Most Anticipated 2014 Summer Albums along side Coldplay and Lana Del Ray by Fuse TV.

Why We’re Excited: BIGBANG has the Billboard 200 record for the highest-charting album by a K-pop boy band with 2012’s Alive. Needless to say, anticipation is high to see if the stylish quintet can break it. The act’s leader G-Dragon has been writing and producing for the album since March, and if his past creations are any indication, we’re expecting more forward-thinking EDM and R&B tracks.

BIGBANG is expected to drop their third full-length album sometime in July or August. According to Fuse TV, G-Dragon has been composing and producing for the album since March and it is anticipated that the album will be EDM and R&B-centric.

Are you excited too?