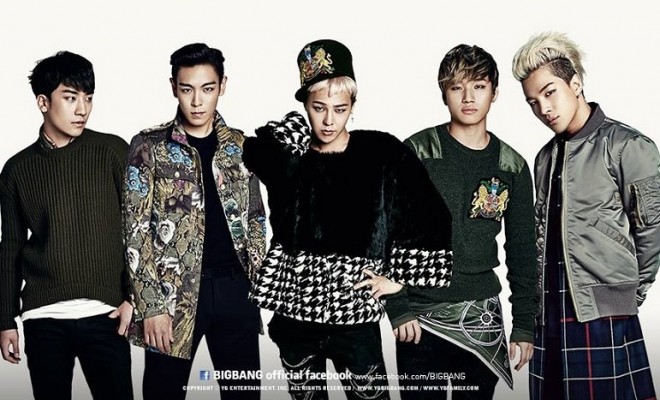 To the disappointment of many fans, BIGBANG will be opting out of the year-end music awards held by Korea’s three major broadcasting companies; SBS, KBS and MBC.

According to YG Entertainment on December 16, the boys will skip all the music award ceremonies at the end of this year, including SBS’ Gayo Daejun, MBC’s Gayo Daejejeon and KBS’ Gayo Daesang. However, they will instead fulfill their promise to fans by focusing fully on their postponed full-length album MADE and tour schedule.

Though Big Bang is sincerely sorry for not showing up at the event, the quintet chose to focus more on their upcoming album. The members thought it was better to complete the album as quickly as they can for the fans.

In related news, BIGBANG is on a winning streak as the group has hit several significant milestones during the course of this year. The boys snagged a total of 8 trophies at the MelOn Music Awards and Mnet Asian Music Awards (MAMA). They also took multiple spots on the 2015 list of YouTube’s most watched K-pop videos: Bang Bang Bang and Loser ranked first and second respectively, while Bae Bae, Let’s Not Fall in Love, and Sober entered the top ten. The group also raked in a whopping 10 million likes on its Facebook page, proving its tremendous popularity.