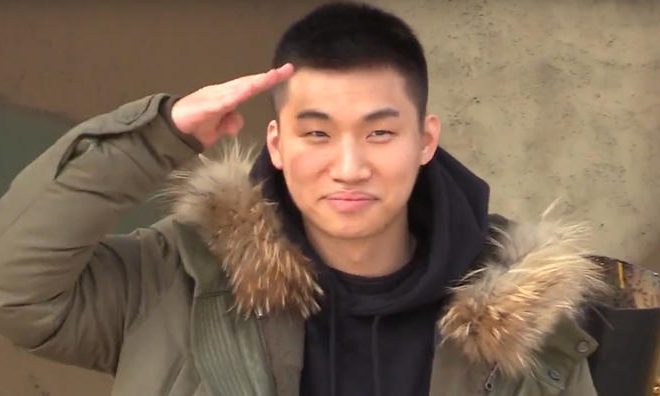 By Thuy Duong | May 24, 2018
FacebookTwitter
SubscribeGoogleWhatsappPinterestDiggRedditStumbleuponVkWeiboPocketTumblrMailMeneameOdnoklassniki

Wishing the best of health to Daesung and the other BIGBANG members currently in the armed forces.

On May 23, it was reported that BIGBANG’s Daesung was hospitalized at Chuncheon Armed Forces Hospital while he is serving his military service.

Following that, Daesung’s agency, YG Entertainment, made an announcement to confirm the idol’s current status.

It stated: “Due to laryngitis, BIGBANG’s Daesung has recently been hospitalized for two days at a military hospital. He has already returned to his military base.”

Meanwhile, Daesung entered the army on March 13. He is set to complete his mandatory military duty in December 2019.

At present, Seungri is the only BIGBANG member who has yet started his mandatory duty, while T.O.P, G-Dragon, and Taeyang respectively joined the army on February 9, February 27 and March 12.

Hellokpop, as an independent Korean entertainment news website (without influence from any agency or corporation), we need your support! If you have enjoyed our work, consider to support us with a one-time or recurring donation from as low as US$5 to keep our site going! Donate securely below via Stripe, Paypal, Apple Pay or Google Wallet.
FacebookTwitter
SubscribeGoogleWhatsappPinterestDiggRedditStumbleuponVkWeiboPocketTumblrMailMeneameOdnoklassniki
Related ItemsBigbangDaesungG-dragonSeungriT.O.PTaeyang
← Previous Story TVXQ’s Changmin Named Green Noble Club Member For Generous Donation To Children Foundation
Next Story → BTOB Says “This Is Us” In Upcoming EP Release Next Month