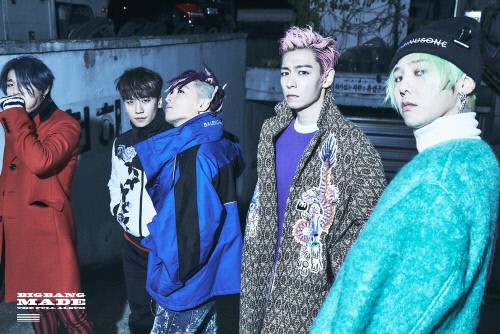 It’s probably all about BIGBANG till end of this year.

At 2pm KST on December 16, FXXK IT, the title track in BIGBANG‘s latest album MADE THE FULL ALBUM, entered ‘Best of the Week’ chart of the US Apple Music.

The band is the only Korean artist on the chart, alongside many other global celebrities like Chris Brown, Gallant, and Chainsmokers.

Earlier on, FXXK IT also took the first place on all eight local music charts right after its official release. Up to now, the song has no sign to lose its heat. At the time of writing, the music video has achieved nearly 14 million YouTube views.

In related news, BIGBANG will stage its first performance on SBS’s Inkigayo on December 18. The quintet is also scheduled to appear on some MBC’s TV shows, including Radio Star, Weekly Idol, and Infinite Challenge.