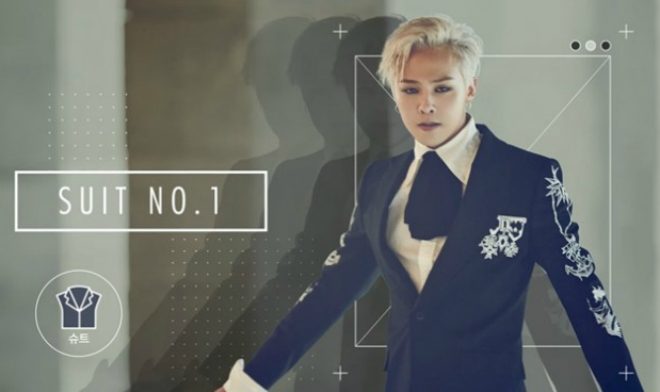 G-Dragon is a definite trendsetter when it comes to fashion. Having been invited to various fashion shows abroad and being recognized by fashion experts for his style, no one can contest that fashion and the BIGBANG member will always be written in one line.

But the 27-year-old singer-songwriter is not all about making fashion statements but also using fashion to make statements. The leader of BIGBANG has recently participated in a charity event of a duty-free store he is currently endorsing in South Korea.

To commemorate its first year anniversary, Myeongdong branch of Shinsegae Duty Free auctioned off four of the singer’s outfits he wore for the store’s promotional video. All proceeds of the auction will be donated to charity.

The auction has commenced on April 28, and is expected to last until May 17. It can be accessed through the brand’s website. For those who fail to buy the outfits during the auction period, a door prize of the backup outfit that the singer prepared for the video will also be made available.

The fashion icon and singer has been endorsing the brand since April 2016. His promotional video for Shinsegae Duty Free recorded over 20 million views in Chinese social networking site Weibo.

G-Dragon was recently featured in singer IU‘s Palette. He is also set to kick-off his world tour in June.