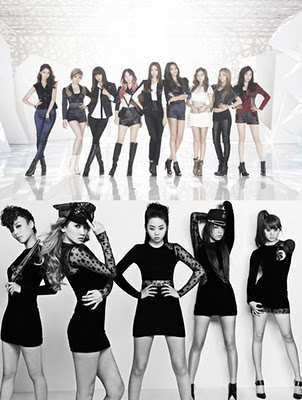 After a year long hardwork and success, BIGBANG, Girls’ Generation and Wonder Girls are nominated as World’s Best Group for the 2012 World Music Awards.

2012 World Music Awards is an international award giving body that recognizes world’s best-selling artist.  The annual music award will be held at Marlins Park Stadium in Miami, Florida, this coming December 20. This awards ceremony honors best selling recording artist based on the number of global sales provided by International Federation of the Phonographic Industry (IFPI).

Along with the K-pop groups from Asia, Japanese boy group Arashi was also nominated for the same category. They will be competing with some of the best international artists like Coldplay and Green Day. 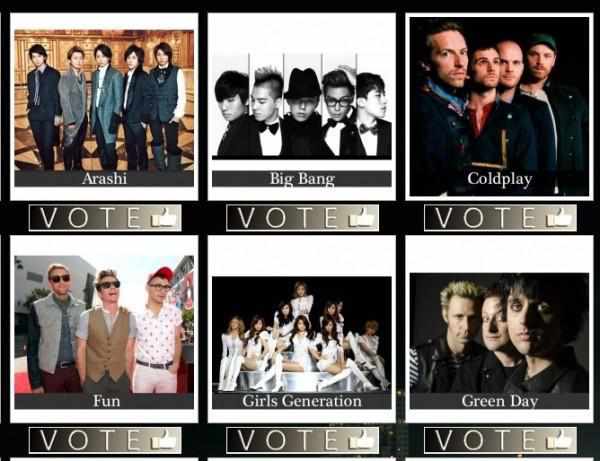 Hellokpop, as an independent Korean entertainment news website (without influence from any agency or corporation), we need your support! If you have enjoyed our work, consider to support us with a one-time or recurring donation from as low as US$5 to keep our site going! Donate securely below via Stripe, Paypal, Apple Pay or Google Wallet.
21
SHARES
FacebookTwitter
SubscribeGoogleWhatsappPinterestDiggRedditStumbleuponVkWeiboPocketTumblrMailMeneameOdnoklassniki
Related ItemsBIG BANGColdplaygirls generationGreen DayIFPIWonder GirlsWorld Music Award 2012
← Previous Story C-CLOWN goes acoustic for “Because You Might Grow Distant”
Next Story → HaHa breaks down reading letter to his mum