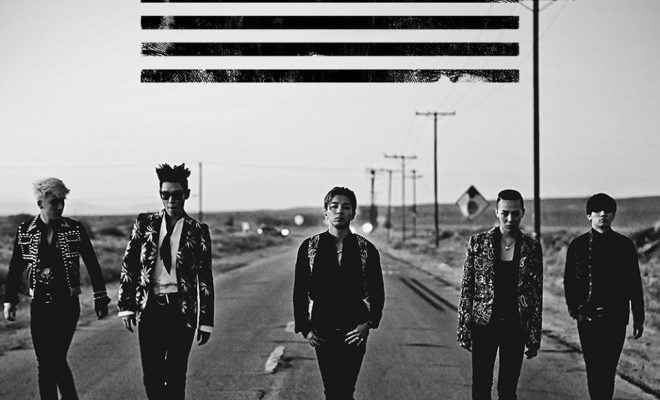 The first title song’s name has been revealed.

On December 6, image teasers were released through YG Entertainment’s official blog, announcing more details on BIGBANG’s full MADE album. The album will be released online at December 12, 12 at night (December 13). Meanwhile, the physical album will be out on the 23rd.

The released teaser image unveiled the name of the first title track, which is FXXK IT. According to a YG representative, FXXK IT is one of the title tracks, and BIGBANG plans to release double title tracks. The boys have already filmed the music videos for the two songs. 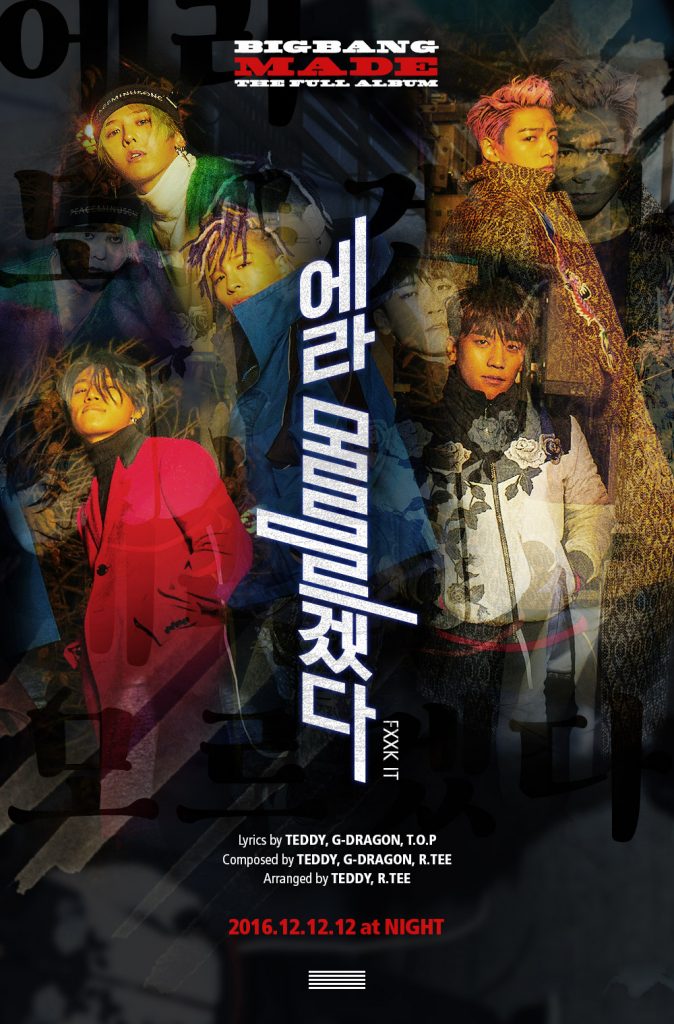 Producer Teddy, G-Dragon and T.O.P wrote the lyrics of the song, while the former two participated in music composition with R.TEE. The song arrangement is handled by Teddy and R.TEE, a composer from The Black Label headed by Teddy and Kush.

The long-awaited full MADE album will include previously released tracks Bang Bang Bang, Loser, Bae Bae, Sober, Let’s Not Fall In Love, If You, Zutter and We Like 2 Party.

In related news, BIGBANG will attend the 2016 SBS Gayo Daejun on December 26. 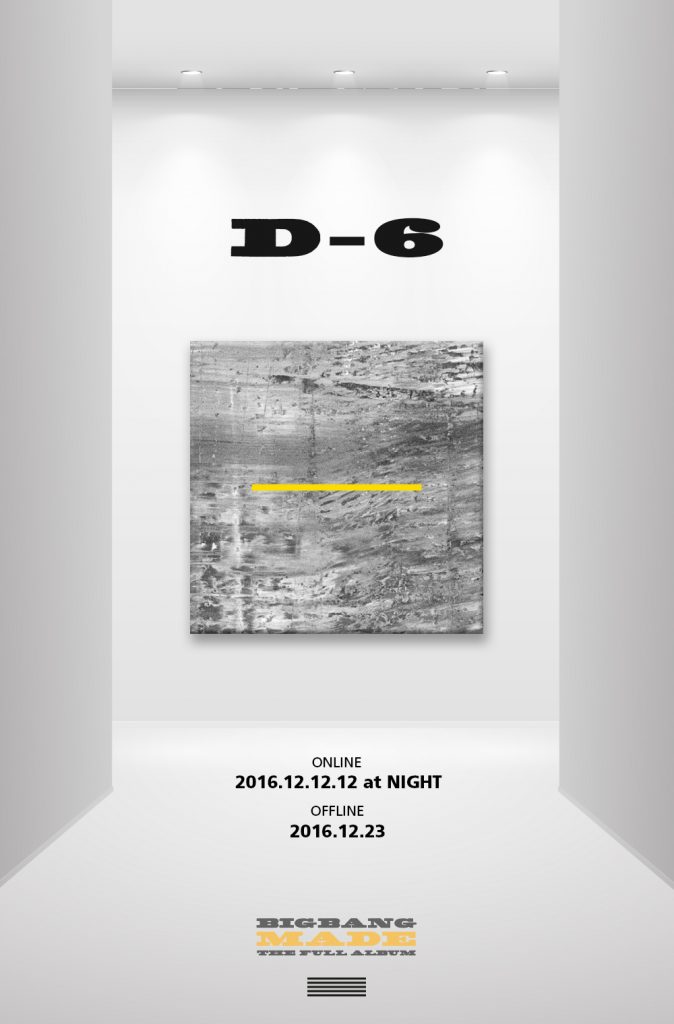