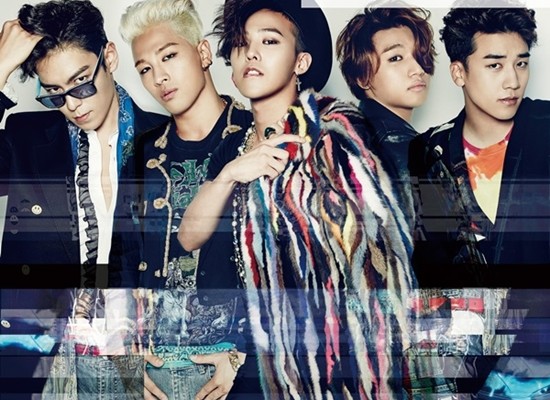 It is a good day for VIPs as BIGBANG was spotted in Los Angeles, and probably shooting for a music video.

On April 10, some photos taken by fans were spread all over the internet, revealing BIGBANG’s members on the street of Los Angeles, in a filming set. Seungri stood out with his stylish black leather jacket and skinny jeans with a new blonde hairstyle. GD, on the other hand, was caught in his casual outfit of pink shirt with denim jacket and a brown hat. Fans might pay most attention to Taeyang, as he was seen sitting in a wheelchair being pushed by GD. Fans might get worried and wondered if whether Taeyang was injured or it was part of the shooting. 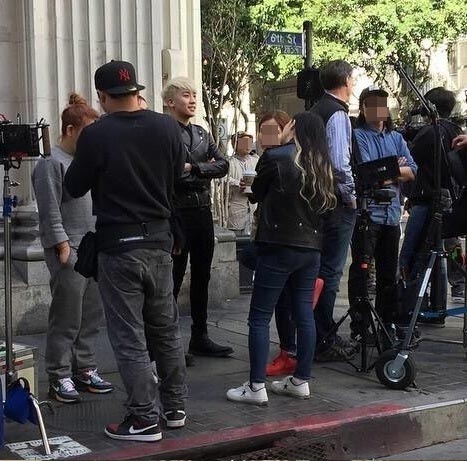 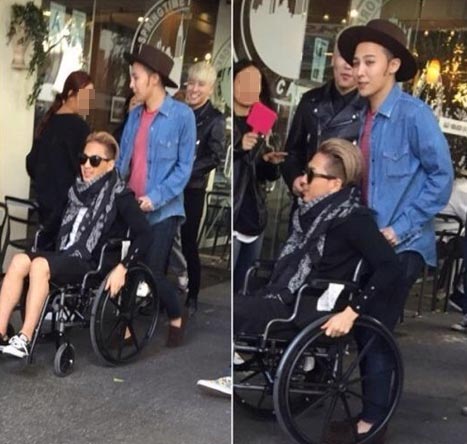 Previously, the five-member group was reported to return to the music scene on May 1. With these moments of BIGBANG in LA captured, VIPs have a reason to believe that the group will be back soon.

In other related news, the boy group will be holding its BIGBANG 2015 World Tour in Seoul with Naver at Olympic Gymnastics Hall for two days on April 25 and 26.