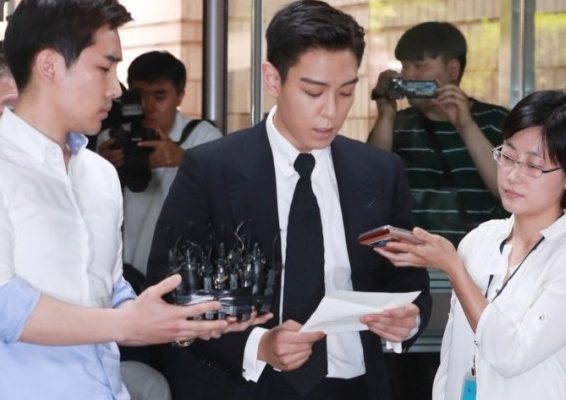 BIGBANG’s T.O.P On His Marijuana Trial: “I was foolish”

T.O.P appeared for the first day of his trial on Thursday in a ravishing black suit. The BIGBANG rapper has been charged with using marijuana on four separate occasions. The prosecution is pressing for a suspension along with a 10-month jail sentence. The suspension may last up to 2 years.

T.O.P showed up at the Seoul Central District Court around noon, and read out a written apology in front of the press, gathered outside the courtroom.

When one of the reporters asked him about his denial of the charges, he said that the case is in session, and he cannot comment on an ongoing trial.

In the written statement, the idol said that: “I was foolish. In the past, I wanted to escape from myself in the dark due to depression and severe anxiety disorder. My disorderly state of mind led to impulsive wrongdoing and an irrevocable mistake, and I disappointed many people.”

The BIGBANG member also apologized to his mother for his actions, and told the reporters that all their questions will be answered at the end of the trial.

T.O.P was recently suspended from his duty as a conscripted policeman due to the charges that have been framed against him.