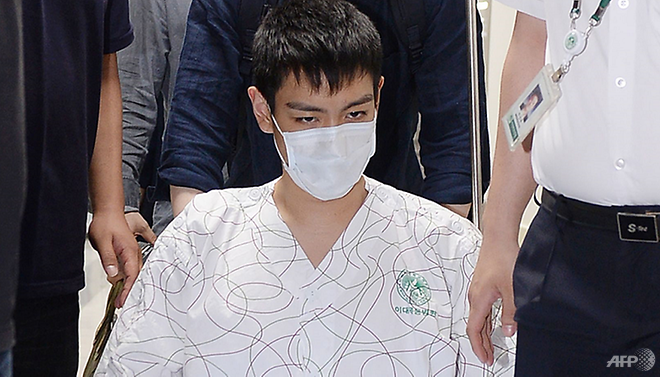 T.O.P will be transferred to another hospital for undisclosed reason.

On Friday, T.O.P was reportedly to have regained consciousness after having intensive care treatment for three straight days from an apparent overdose of benzodiazepine – a type of tranquillizer.

As the BIGBANG member came out from the intensive care unit of Ewha Womans University Mokdong Hospital in a wheelchair to transfer to another hospital, he told reporters, “I’m sorry”. He and his family declined to provide further information. 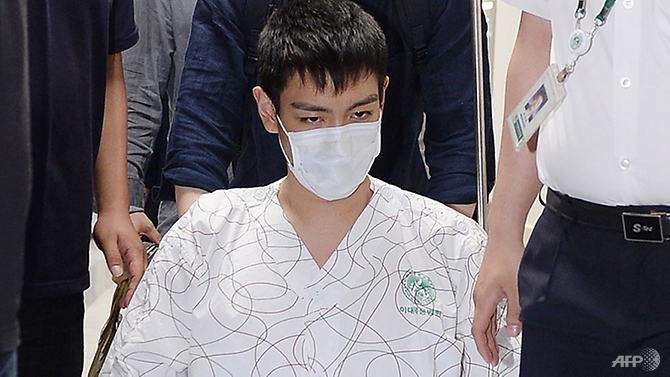 Credit: AFP
BIGBANG’s T.O.P on wheelchair in hospital on June 9

On the same day earlier on, the Seoul Metropolitan Police Agency officially announced that conscripted policeman T.O.P (Choi Seung Hyun) would be suspended from his current military service for the indictment of smoking marijuana. Under the police regulation, conscripted policemen will face suspension of duty if they are indicted on any criminal charge.

T.O.P was indicated on Monday. On the next day, he was rushed to the hospital for an overdose use of tranquilizer at his police unit headquarter.

The police said that T.O.P “will be sent home immediately” after they have received the indictment documents from the prosecutors.

Use of marijuana is illegal in South Korea. It is a crime punishable by up to five years in prison or a 50 million won (US$44,500) fine.