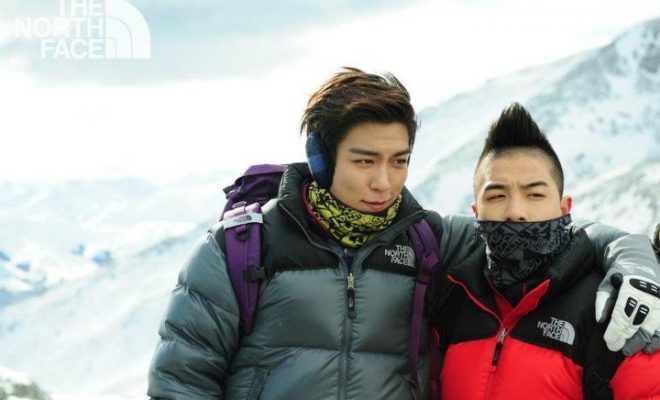 Less than a month since BIGBANG‘s T.O.P started his military enlistment, other BIG BANG members seem to have a hard time coping with the absence of their eldest member.

Taeyang expressed his longing for his hyung by sending a letter to him via the “Letter Writing Corner” bulletin board of the Korea Army Training Center. The letter bore the title “Hyung, I miss you.”

Taeyang’s sweet gesture towards T.O.P got fans touched. A fan wrote, “Probably the reason Youngbae was MIA because he was too busy writing letters to TOP.”

One fan wrote that Taeyang’s inactivity in the past few days might be brought due to his yearning for T.O.P.

Another posted what Taeyang might have written on the letter.

"Dear Hyung, I miss you. Seungri is having an album, Daesung is touring and Jiyong is becoming a hermit." Love, Youngbae

Prior to the letter, fans noticed Taeyang liking an Instagram post of the instructions on how to send letters. “Now, he has written one and titled it, Hyung, I miss you,” posted one fan.

Aside from the BIGBANG member, actor Lee Dong Hwi reportedly also wrote letters for his good friend. The actor and BIGBANG member filmed ‘Tazza 2’ together. Lee Dong Hwi recounted during a ‘Radio Star’ episode about how T.O.P helped him at that time by giving him rides and welcoming him to his house.

Letters sent by T.O.P’s sister were spotted on the bulletin board as well.

The BIGBANG member is currently undergoing training at Nonsan Training Camp before officially starting his active duty. He will serve as a band agent specialist at Seoul Metropolitan Department. T.O.P will join Super Junior‘s DongHae and Siwon, as well as TVXQ‘s Changmin.

T.O.P began his military service last February 9 alongside JYJ‘s Junsu. Both idols are expected to be discharged on November 28, 2018.