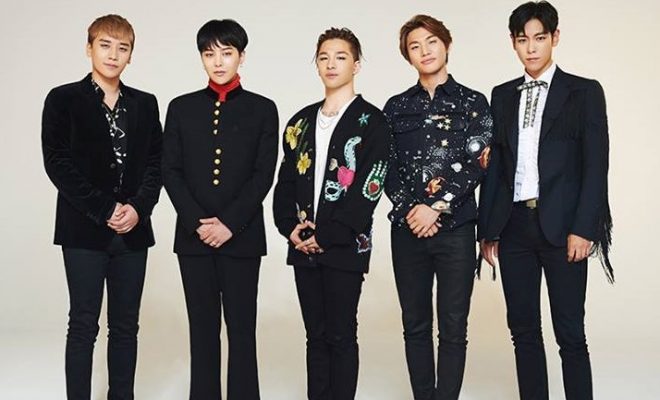 BIGBANG’s first guest appearance on MBC’s ‘Radio Star’ is worth to look forward to!

After making its comeback on December 12, the five-member group is set to appear for the very first time on MBC’s talk show Radio Star.

Besides the talk sessions, a live performance may be in the works for the show’s upcoming episode, which will air on December 14.

The boys are gearing up for the release of their full MADE album this month. The album is their first album in eight years, much to the delight of their fans who have been anticipating for it in the past few months since the M.A.D.E project kicked off last year.

The group is currently on its Japan Dome Tour which started on November 5.

BIGBANG is set to have a grand concert, titled BIGBANG10 The Concert 0.TO.10 Final in Seoul, on January 7-8, 2017 at the Gocheok Sky Dome, Seoul before going on a hiatus due to T.O.P’s military enlistment.