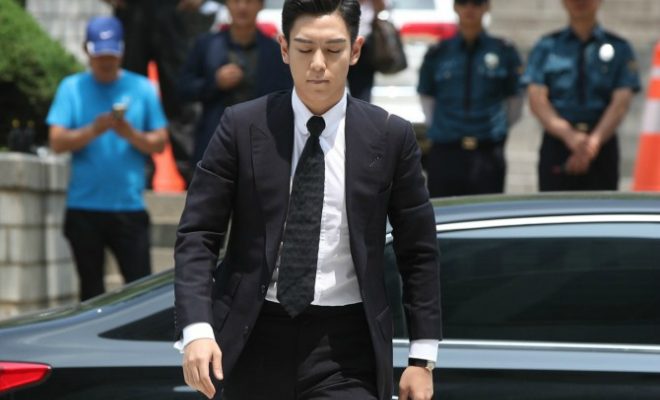 The case is on and BIGBANG’s T.O.P is sorry.

BIGBANG’s T.O.P appeared at the Seoul Central District Court on June 29, which is the first day of his trial for his case that he was charged for using marijuana on four occasions. 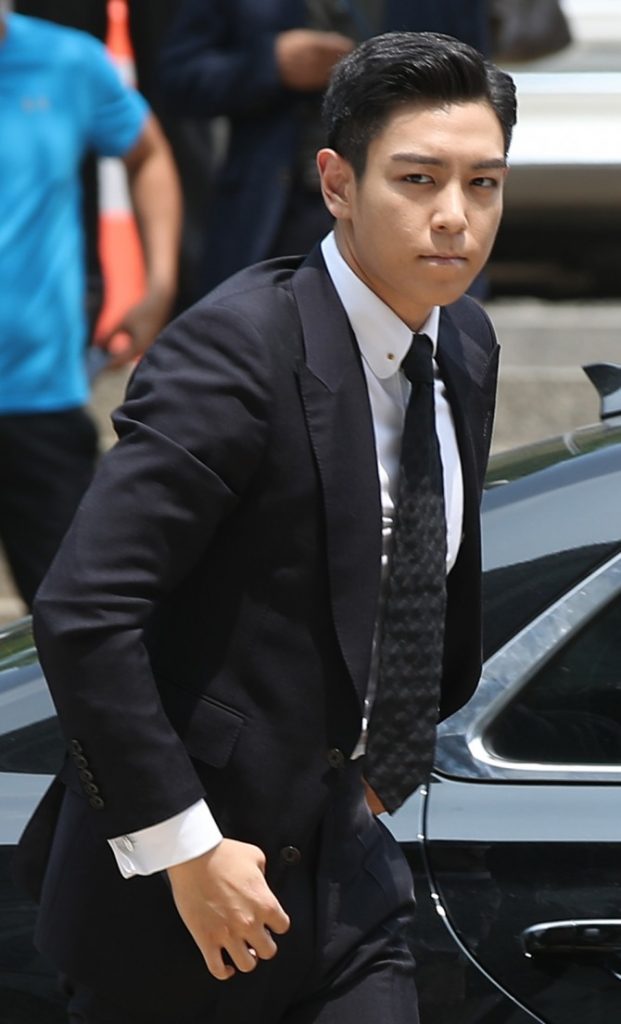 The prosecution is seeking a 10-month jail sentence suspended for two years for the case of the eldest member and rapper of the Korean boy group.

Clad in black suit, T.O.P entered the district court at 11:31 a.m. He then faced the press and read a prepared statement, where he relayed his apologies. 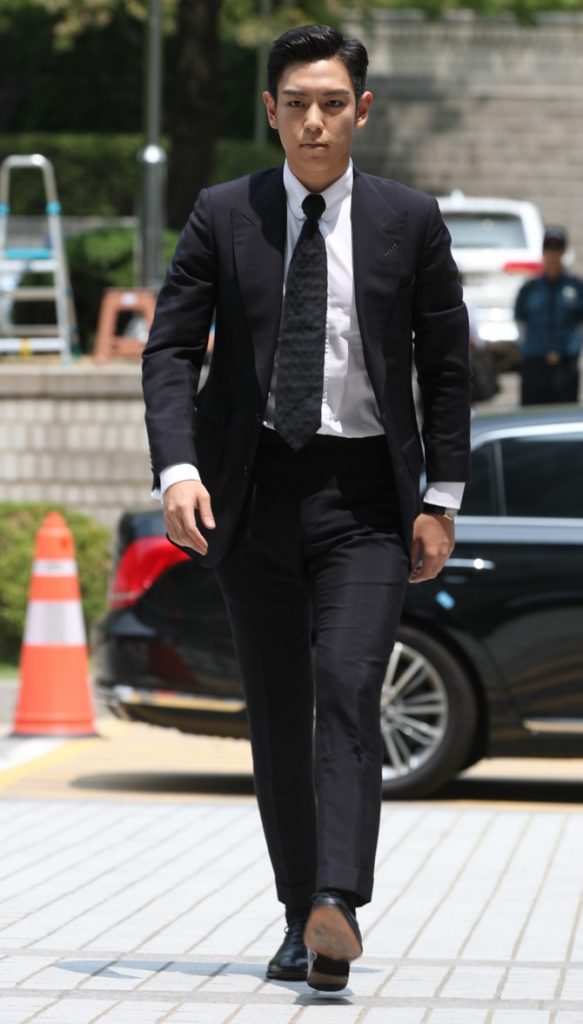 “I was foolish. In the past, I wanted to escape from myself in the dark due to depression and severe anxiety disorder,” he said. He also recognized that his action caused disappointment to many people. “My disorderly state of mind led to impulsive wrongdoings and an irrevocable mistake, and I disappointed many people,” he added. 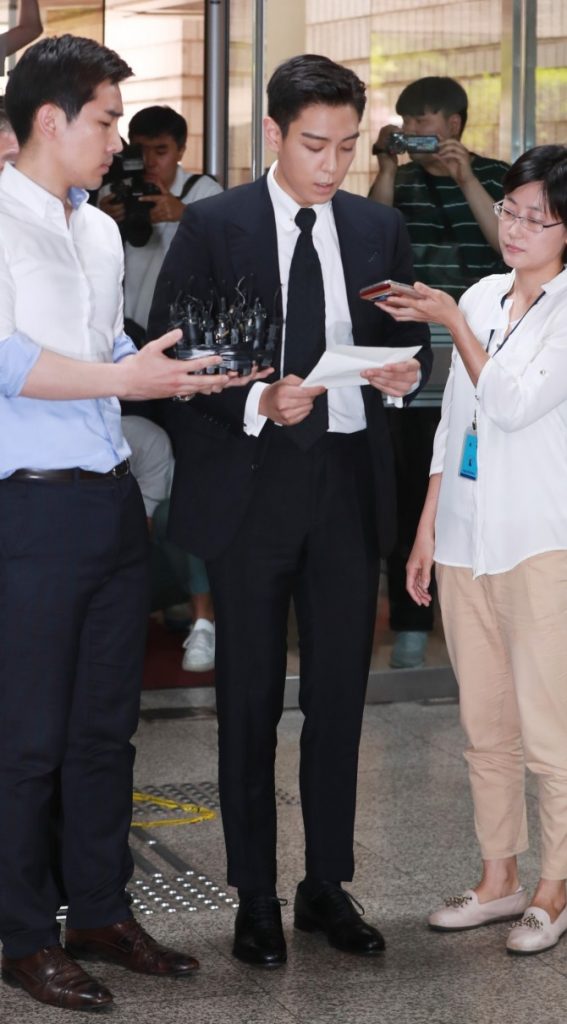 The rapper did not offer additional information regarding the case as he is still in the middle of the trial. “You will find out everything after the trial,” he said, ending his statement with an apology directed to his mother.

T.O.P, who began his mandatory military duty earlier this year, was suspended as a conscripted policeman. This is the standard regulation that mandates suspension of duties for police conscripts, who are indicted for criminal charges.

108
SHARES
FacebookTwitter
SubscribeGoogleWhatsappPinterestDiggRedditStumbleuponVkWeiboPocketTumblrMailMeneameOdnoklassniki
Related ItemsBigbangT.O.P
← Previous Story Korean Language To Be Part Of High School Curriculum In The Philippines
Next Story → BIGBANG’s T.O.P On His Marijuana Trial: “I was foolish”