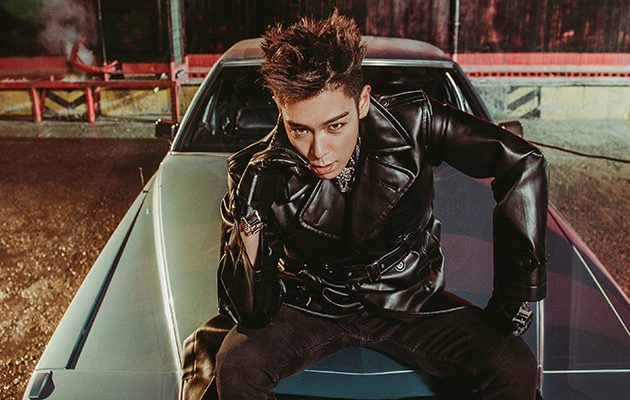 BIGBANG’s T.O.P Sends Fans Heartwarming Messages To Remember Him By Before His Enlistment

T.O.P, this isn’t goodbye but see you soon!

Being the eldest in the group, he is set to begin his two-year mandatory military service next month and will undergo training to be a part of the Seoul Metropolitan Police Agency.

His positive and hope-filled messages to fans gave them an assurance that he will be back safe and sound and stronger than ever.

[TRANS] TOP's handwritten letter to VIPs! "I will miss you all a lot for 2 years. Through the yearning, I will come back grown up a lot." ?? pic.twitter.com/jWFh839zEv

#BIGBANG ??
TOP: Lots of things happened and thank you for supporting us for last 10 yrs. BB were all teens and now 3 of us are in our 30s.

#BIGBANG ??
TOP: A month left. I started when I was a teen, I didn't stop for once, so I'm a bit nervous to be under an unknown environment.

#BIGBANG ??
TOP: I'll come back safe and sound. Today I'm making many eye contacts bc I want to remember you one by one.

#BIGBANG ??
TOP: I'll put your warm smiles in my heart so that I can get some strength. I'll come back healthy. Thank you and love you.

TOP's speech at #BIGBANG0to10THEFINAL – "Hopefully time will pass quickly. This isn't the end… Thank you & I love each & everyone of you." pic.twitter.com/27aVBcHEgc

We will surely miss you T.O.P, please come back very soon!

TOP's ending part in Last Dance ?? I wanna cry so much ? he also looks so good in red! ❤️ #BIGBANG0to10THEFINAL

We will surely miss you T.O.P, please come back very soon!