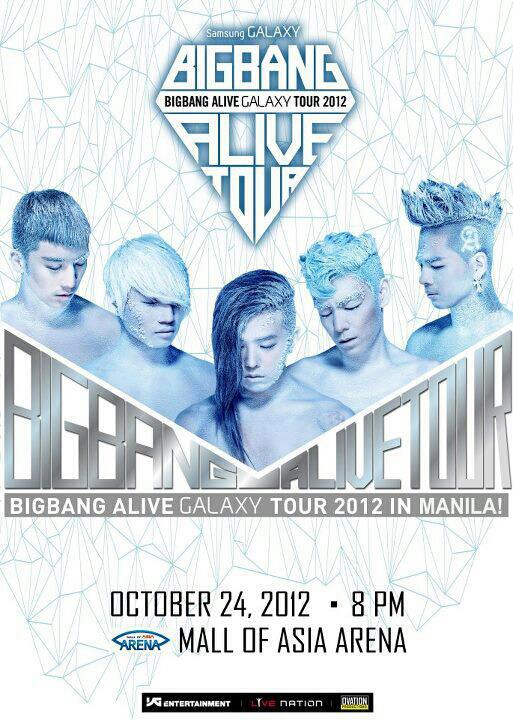 The Philippines was among one the first countries in Asia that was revealed to be included in BIGBANG‘s Alive Tour. Fans have then been waiting and preparing for the ticket prices announcement and selling details. The long wait is over as it has just been revealed today.

Ticket selling has not yet been announced, but it will be available through SM TICKETS (SM Cinemas Nationwide) and online.

BIGBANG Alive Galaxy Tour 2012 in Manila, is happening on October 24, 2012 at SM Arena, MOA Pasay. It is brought to us by YG Entertainment, Live Nation and Ovation Productions.