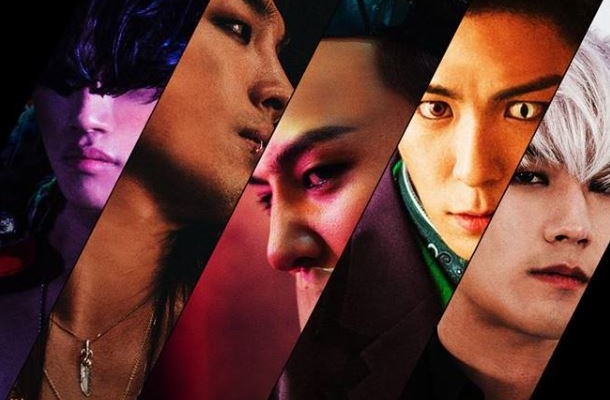 By Xiaolong | May 2, 2015
161
SHARES
FacebookTwitter
SubscribeGoogleWhatsappPinterestDiggRedditStumbleuponVkWeiboPocketTumblrMailMeneameOdnoklassniki

BIGBANG‘s May 1st comeback with the single M, containing two songs, Loser and Bae Bae, is already possibly the grandest comeback in Kpop history, with the two title songs slaying music chart after music chart in an unprecedented speed.

It has been less than 48 hours at the time of writing that the band dropped the two songs after a long hiatus of nearly 3 years, and they already impress with mind-blowing numbers. Loser and Bae Bae “kicked through the roof” at Melon (meaning that real time streaming volume reached its peak), which has never before happened to two songs from the same artist at the same time. Loser also topped 9 domestic charts, with Bae Bae coming second.

At the time of release, Loser topped 10 iTunes download charts around the world, and even on the second day, it is still #1 on seven of them and all in all charted in 44 countries, from Hong Kong to Kazakhstan. It has reached #40 on the US iTunes Top Songs charts, the highest ever for a Korean song, not counting Psy’s. 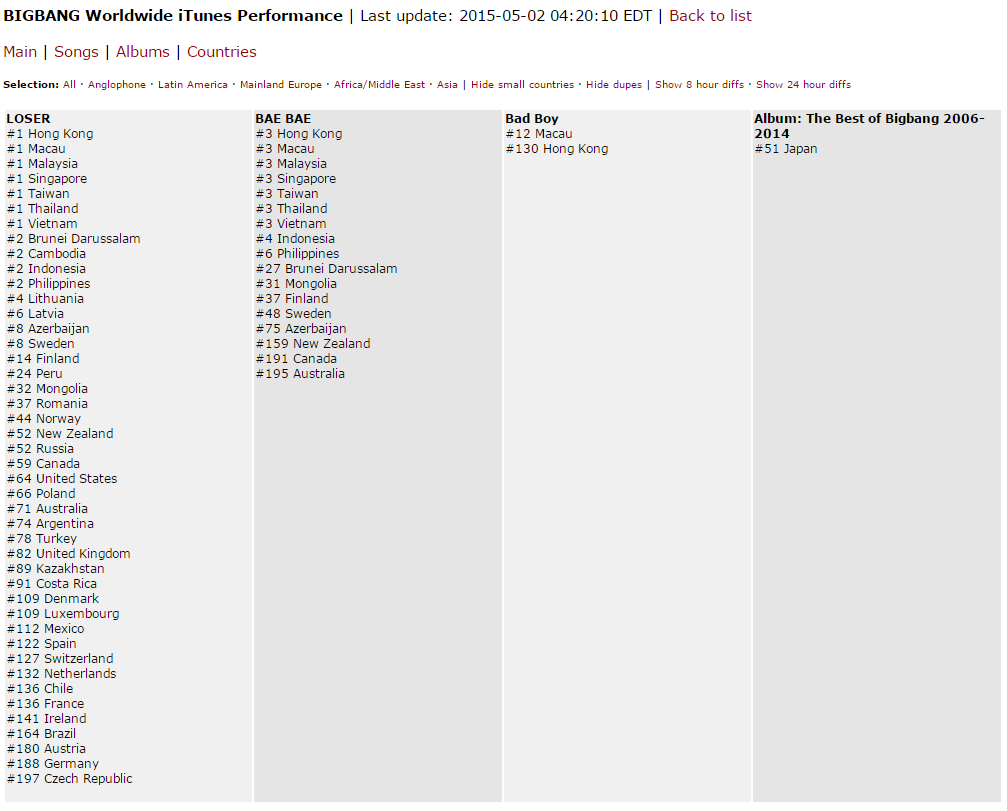 BIGBANG also slayed in YouTube view counts, with Loser reaching 4.4 million views in 24 hours, making it the highest viewed Kpop video in one day, beating EXO’s previous record (not counting Psy). Loser, at the time of writing, stands at 6.7 million views, while Bae Bae is shortly behind with 4.8 million views – all less than under 48 hours.

BIGBANG will continue its return campaign by holding its comeback stage on SBS Inkigayo tomorrow.