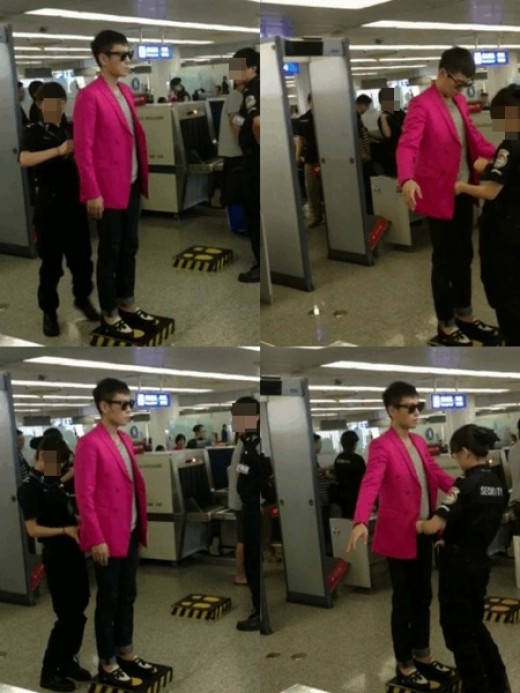 Recently, BIGBANG’s T.O.P was seen getting frisked at an airport by security personnel and has attracted a lot of online attention.

On August 6, a video surfaced on an online community board with the headline, “T.O.P gets searched at an airport which looks like a photo shoot.”

T.O.P was dressed in a bright pink jacket and black pants, complete with a pair of fashionable shades. He was seen being searched thoroughly by one female security personnel who aroused much envy from his fans.

Netizens left many mixed comments saying, “I am jealous of that female employee” and “He looks great in whatever he wears.”

Do you agree that this is not just airport fashion but a photo shoot indeed?