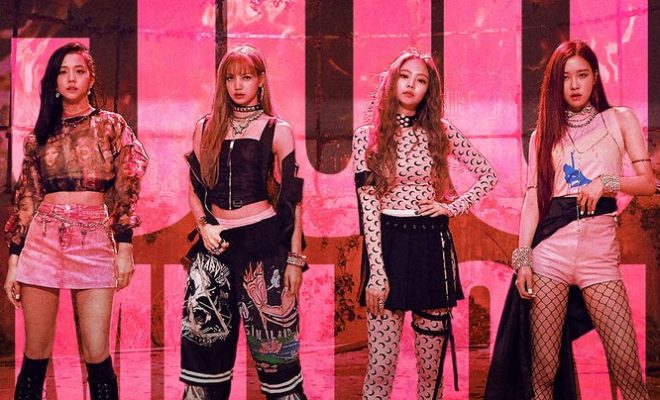 BLACKPINK got the world hit with “Ddu-Du Ddu-Du” — and its MV views prove it!

The music video of BLACKPINK’s chart-topping song “Ddu-Du Ddu-Du” topped YouTube’s list of the most viewed K-Pop music videos of 2018 which included music videos uploaded from November 24, 2017 to November 23 this year.

The music video of “Ddu-Du Ddu Du” uploaded on the girl group’s YouTube channel has garnered more than 555 million views since its release on June 15. It also marked the second consecutive year the girl group topped the list. Last year, it took the number one spot with “As If It’s Your Last”.

Read: Koreans Name BLACKPINK’s “Ddu-Du Ddu-Du” As Their Most Favorite Song In 2018

Meanwhile, BTS, who continued to put K-Pop on the international music stage with its releases and concerts, dominated the second, third, and fourth spots with “Fake Love”, “MIC Drop (Steve Aoki Remix), and “Idol”, respectively.

See Also: BTS Is The Top Singer For 2018 For South Koreans

Momoland debuted on the annual list this year with its phenomenal hit “Bboom Bboom” on the fifth spot. The highly addictive track’s music video has more than 295 million views on 1theK channel. Meanwhile, on the girl group’s official channel, the video has less than one million views.

TWICE returned to the 2018 rankings with three entries under its name. The girl group entered the chart at number six with “Heart Shaker” followed by “What is Love?” at number seven and “Dance the Night Away” at number ten.

“Heart Shaker”, released December last year, was viewed more than 236 million times. “What is Love?”, the title track of the girl group’s fifth extended play, has over 232 million views. “Dance the Night Away” has garnered more than 140 million views.

iKON’s megahit song “Love Scenario” also made it to this year’s list at number eight. The music video of the song, which was released earlier this year and went to top major local and international charts, has accumulated more than 229 million views.

Red Velvet’s “Bad Boy” placed ninth on the list with more than 172 million views. The song and music video were both unveiled on January 29.

Hellokpop, as an independent Korean entertainment news website (without influence from any agency or corporation), we need your support! If you have enjoyed our work, consider to support us with a one-time or recurring donation from as low as US$5 to keep our site going! Donate securely below via Stripe, Paypal, Apple Pay or Google Wallet.
FacebookTwitter
SubscribeGoogleWhatsappPinterestDiggRedditStumbleuponVkWeiboPocketTumblrMailMeneameOdnoklassniki
Related Itemsblackpink
← Previous Story Woo Do Hwan And Yang Se Jong To Headline jTBC’s Action Historical Drama “My Country”
Next Story → BIGBANG’s G-Dragon, BTS’ Suga, And Block B’s Zico Voted As Top Multi-Talented Idols