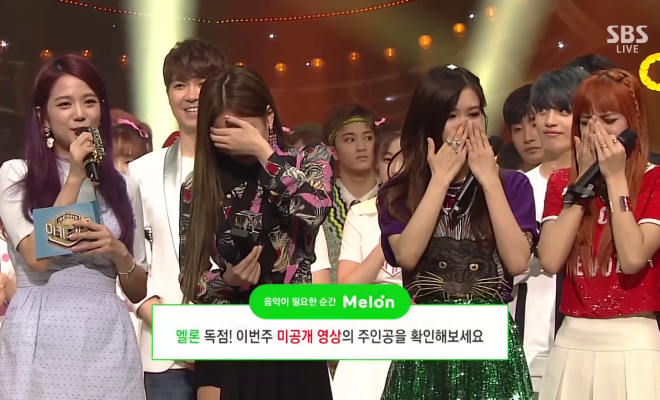 This is BLACKPINK’s first trophy for its new track “As If It’s Your Last” and its music video on YouTube has already been smashing records.

On July 2, BLACKPINK appeared on SBS’s Inkigayo to promote for its new track titled “As If It’s Your Last”.

The TV show gathered many other artists and idol groups, such as Apink, iKON, NCT 127, COSMIC GIRLS and T-ara.

After the renditions, three final candidates for the honorable trophy were identified; BLACKPINK, MAMAMOO, and Bolppalgan4.

With the overwhelming number of votes, YG Entertainment’s girl group bagged home the ‘Inkigayo’ trophy. This is also the girls’ first win for their new song on a music program.

The members could not hide their feelings. They got emotional, then burst into tears as soon as the final result was announced.

Meanwhile, BLACKPINK’s “As If It’s Your Last” was dropped on June 22. Right after its release, the track secured the top position on a series of local music charts, namely Genie, Bus Music, Naver Music, Olleh Music, Soribada and Monkey 3.

It also ranked #1 on the iTunes global singles chart, and took the second place on iTunes Japan. The music video for the song attracted 13 million views via YouTube just one day after it was unveiled.