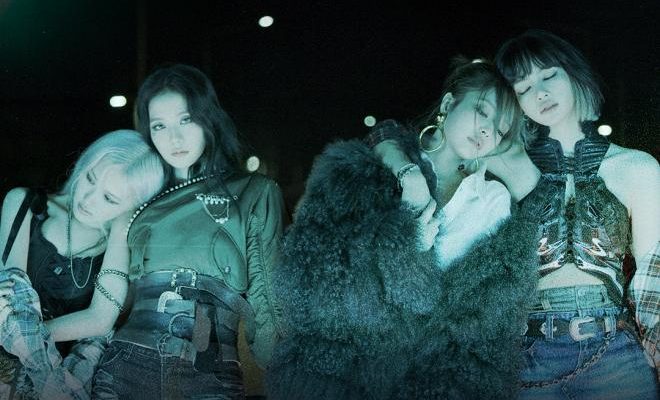 BLACKPINK To Be Featured In YouTube’s Original Music Series “Released”

BLACKPINK will release “Lovesick Girls” after the opening of YouTube’s original series “Released”.

YouTube is giving the music artists a platform to promote and hype up their upcoming music videos, with its new original series Released. BLACKPINK will kick off the platform at 11:45 p.m. ET on Oct. 1, after which they will release their new single “Lovesick Girls” at midnight.

We can’t wait to be in the premiere episode of #RELEASEDonYT! Tune in tomorrow night at 11:45pm ET. → https://t.co/tb05Ls3Stl pic.twitter.com/aRI74AL3yL

Released will feature top-rated artists each week in the 16-episode series. Each episode will be of 15-minutes, in which it will highlight music moments of the previous week. This will lead to one exclusive video premiere on YouTube, just before the artists releases their music at midnight ET.

The producer of this series is Den of Thieves and the executive producers are Van Toffler, Barry Barclay, Matt Elias Evan Prager, Jesse Ignjatovic, Jordan Barrow, and Jared Morrell.

“Van Toffler is the visionary behind some of music’s most memorable moments and the perfect partner to bring this project to life,” said Susanne Daniels, YouTube’s global head of original content.

According to YouTube, the series will have “unfiltered access” to the featured artist and their exclusive performances. Washington based DJ Little Bacon Bear will be hosting this series for YouTube.

As said by Lyor Cohen, YouTube’s global head of music, “We feel lucky to kick off this series with BLACKPINK, arguably the biggest artist in the world.” She added that Thursday nights “are going to be mic-drop moments” on YouTube with Released.

#RELEASEDonYT is here! A can't-miss music event every Thursday with your favorite artists. First up is @BLACKPINK and they'll be revealing a big secret. Can you guess what it is? 👀
Drop your predictions ⬇️ and tune in tomorrow at 11:45pm ET to find out → https://t.co/00lTrBykWr pic.twitter.com/ts8PCFjDM4

BLACKPINK’s official YouTube channel will debut the Released series on October 1, 11:45 p.m. ET. The episode will be posted before the release of BLACKPINK’s debut studio album and music video “Lovesick Girls.”

In a statement, BLACKPINK mentioned, “We are honored and happy to be the first on YouTube’s new original content Released. We hope that it will be a great opportunity to celebrate our first full album The Album with many global music fans.”

The South Korean girl group, with members Jisoo, Jennie, Rosé, and Lisa, is the highest-charting female K-pop group. Reaching No. 13 on the Billboard Hot 100 with their Selena Gomez collaboration “Ice Cream” which got 79.08 million views in the first 24 hours of release on August 28, it was the third biggest 24-hour debut on YouTube.

The girls broke numerous record for tens of millions of views within a few hours of releasing new music videos, thus they have established remarkable popularity on YouTube.

BLACKPINK’s official channel has more than 48 million subscribers, and in both August and September, it had brought in over 800 million views.

BLACKPINK’s “How You Like That” in June, was No.1 as YouTube’s Global Top Song of Summer and won the 2020 MTV Video Music Awards’ song of the summer. Their single “Ice Cream” with Selena Gomez debuted in August at No. 1 on YouTube’s global music videos chart.