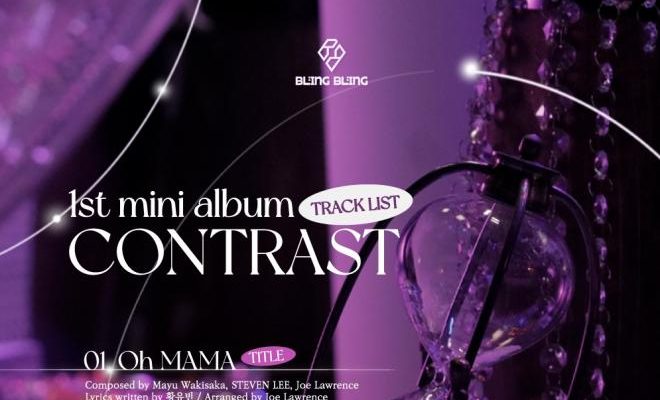 By Lyris | May 6, 2021
FacebookTwitter
SubscribeGoogleWhatsappPinterestDiggRedditStumbleuponVkWeiboPocketTumblrMailMeneameOdnoklassniki 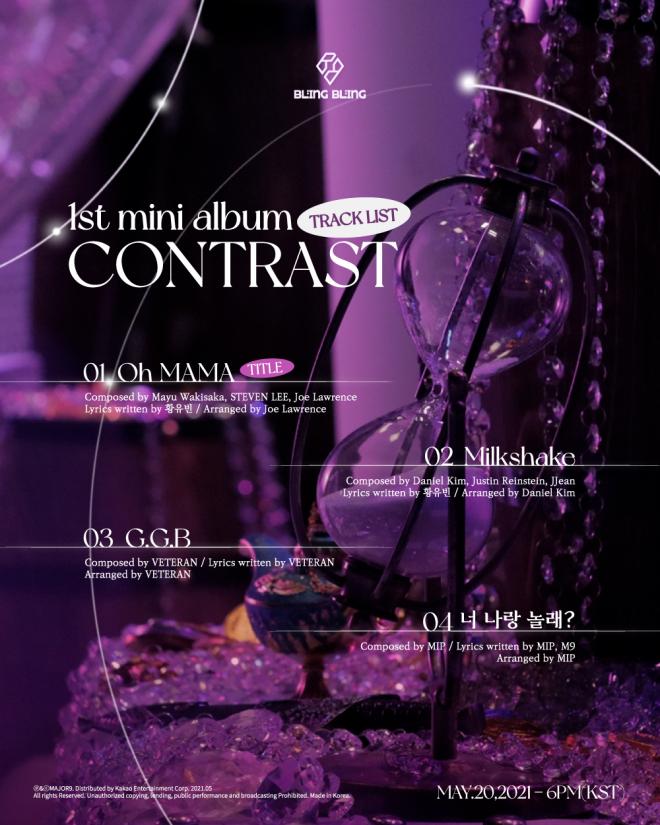 The released image contains an hourglass in a purple background that creates a beautiful and dreamy atmosphere. According to the track list, the album contains four songs, including the title track “Oh MAMA”, “Milkshake”, “G.G.B” and “LA LA LA.”

In particular, the popular songwriter Yubin Hwang who worked with numerous idol groups such as EXO, NCT, THE BOYZ, MAMAMOO, and SuperM, participated on the track “Oh MAMA” and the follow-up song “Milkshake.”

The song “Milkshake” is composed by Daniel Kim, Justin Reinstein, and JJEAN, who participated in MONSTA X’s “Alligator”, GFRIEND’s “MAGO” and ITZY’s “Don’t Give A What,” raising expectations for the musical synergy that will be created by Bling Bling.

Bling Bling’s first mini-album CONTRAST is the first album to be released in about five months since its debut single “G.G.B” released last November. Focusing on the concept of “contrast,” the new album captures Bling Bling’s both chic and feminine sides.

Bling Bling, who has been continuing its comeback fever by releasing its coming soon image and spoiler film, will continue to release more content.

Meanwhile, Bling Bling will release their first mini-album CONTRAST on various online music sites on May 20.