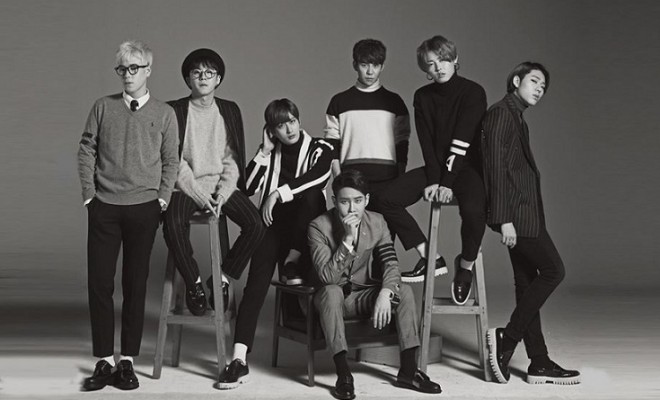 BBCs are being bombarded with good news from Block B!

On February 13, Block B’s agency Seven Seasons teased fans with a cool poster for the group’s impending comeback. As shown in the photo, the boys are set to drop a lead single in March, followed by their 5th mini album and 3rd concert in April. At the time of writing, exact details and release dates are yet to be revealed.

The monochrome poster captivates eyes with a pencil of rays slowly illuminating the group’s logo ‘B’ and a richly carved strongbox. It seems that Block B will make a fierce comeback this time, after a 19-month break since its 4th mini album HER.