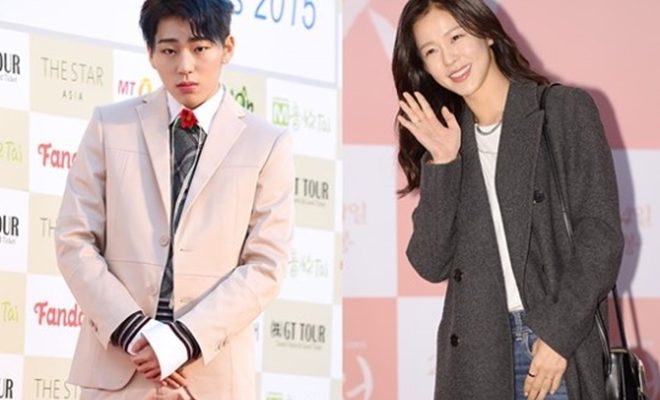 By Sharon | May 2, 2016
367
SHARES
FacebookTwitter
SubscribeGoogleWhatsappPinterestDiggRedditStumbleuponVkWeiboPocketTumblrMailMeneameOdnoklassniki

He will appear alongside actress Kyung Soo Jin on the popular variety program!

Block B‘s leader Zico and actress Kyung Soo Jin are the upcoming guests on ‘Running Man’. The duo will film for the program on May 3. This is Zico’s first guest appearance on Running Man, while the actress is going on the show again after 1 year and 5 months since her previous appearance in December 2014.

Running Man airs everyday Sunday at 6.25PM, and the episode featuring the two celebrities will air in mid-May.

Block B recently wrapped up their promotions with Toy. Check out the MV below:

We need your support! If you have enjoyed our work, consider to support us with a one-time or recurring donation from as low as US$5 to keep our site going! Donate securely below via Stripe, Paypal, Apple Pay or Google Wallet.
367
SHARES
FacebookTwitter
SubscribeGoogleWhatsappPinterestDiggRedditStumbleuponVkWeiboPocketTumblrMailMeneameOdnoklassniki
Related ItemsBlock BKyung Soo JinRunning ManToyZico
← Previous Story BEAST Performs As Five For The First Time Since Hyunseung’s Departure
Next Story → SNSD’s Tiffany To Host ‘SNL Korea 7’ In May Episode