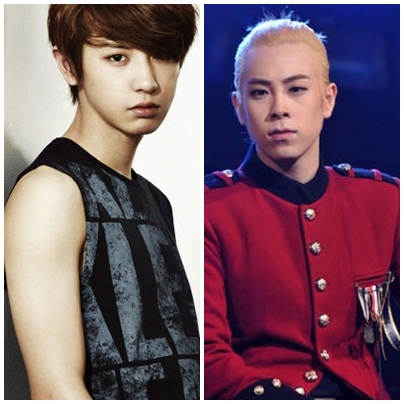 Block B’s P.O talks about his friendship with EXO-K’s Chanyeol

A few days back, Block B and EXO both attended MAMA 2012 which was held in Hong Kong. Photos snapped by the fans featuring P.O and Chanyeol greeting each other at the Hong Kong airport were recently revealed to internet, and it has aroused fans’ curiosity of their friendship. On December 2, P.O updated his Cyworld, finally revealing his long friendship with Chanyeol. He said:

If we are talking about it through this picture, I think it is a picture that a fan took the same time we arrived at Hong Kong, but it’s a hot reunion picture of meeting EXO’s Chanyeol hyung after about 5 years. Way back when I attended acting academy, for about two years we stuck together, but because we were busy with practicing we were not able to contact one another often. Although I debuted first, after that, he coolly debuted in a group called EXO, and when he went up to get the rookie award cooly at the MAMA award ceremony and sent me a proud smile, I felt really good and satisfied. ㅋㅋㅋㅋ EXO, I sincerely congratulate you for receiving your award~ !! And I wish that I can see Chanyeolie hyung often while promoting. Anyway our Block B EXO, I hope there are only good things for both teams^^! 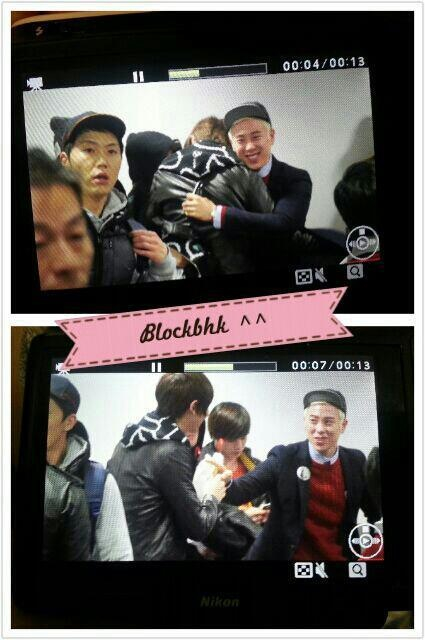