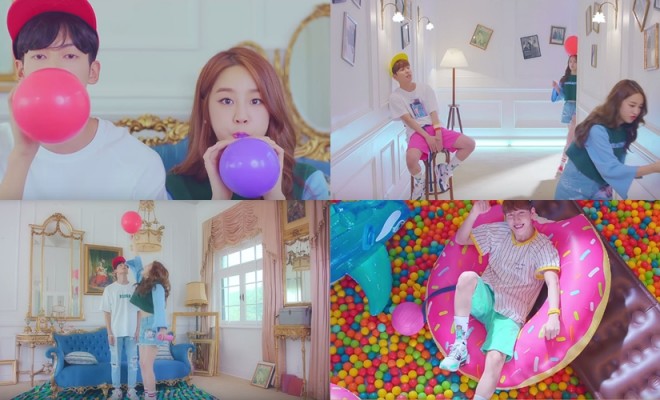 It is double happiness for the fans, as Park Kyung just revealed the title of coming new single, along with a music video teaser!

Following Zico and BASTARZ, Kyung is the next member of Block B to make a debut with his first solo single on September 21. It is getting more exciting for Kyung and the fans, as he has been revealing the teasers one by one; including an image teaser with featured artist Park Boram.

On September 16, the title of the single Ordinary Love was finally unveiled alongside the music video teaser via Seven Seasons’s YouTube channel. The teaser features a couple blowing balloons, as well as Kyung, who showcases a few lines of lyrics from his rap.

Fans can look forward to the full music video release on September 21, 12am KST.