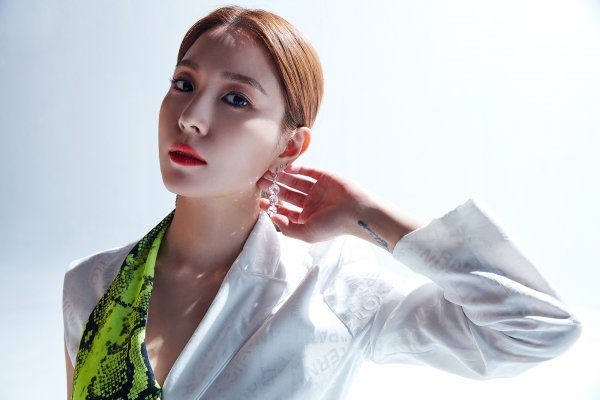 A two-day solo concert in October is booked for K-Pop Queen BoA!

Promising nothing but well-conceived stages, BoA preps up to gift her fans with explosive and overwhelming performances. She will meet fans for BOA LIVE TOUR 2019 #mood in SEOUL on October 26 and 27 at the Olympic Hall, Olympic Park in Seoul. 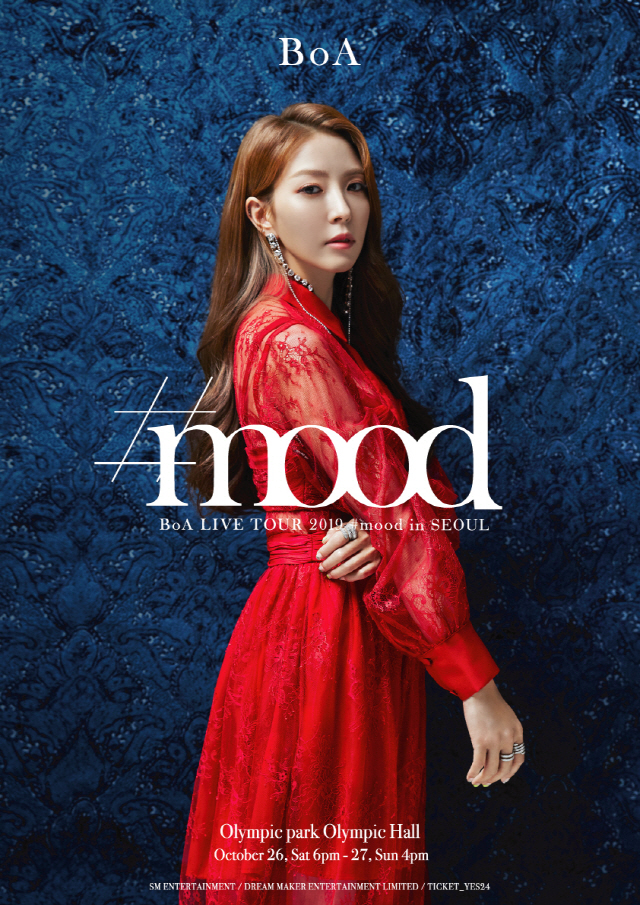 In the revealed promotional photo today, BoA evokes elegance while garbed in a red dress highlighting her face in an entrancing expression. It effortlessly invites fans with her unique allure that will be showcased in the upcoming concerts.

This will mark the singer-songwriter’s comeback concert after 10 months since BoA THE LIVE TOUR 2018 in SEOUL.

In June this year, BoA released retro-dance pop track “Feedback” featuring rapper Nucksal. That same month she has also appeared in I Live Alone showing off her adorable chemistry with TVXQ’S Yunho.

In related news, she will also bring the tour in Japan. Including Fukuoka, Saitama, Nagoya and Osaka, the concert series will kick off with Kanagawa performances on September 22 and 23.

BoA LIVE TOUR 2019-#mood will mark the multi-talented soloist’s 14th Japanese tour since she officially made her debut in 2000. The singer-songwriter last made her music comeback with the chart-topping album Woman in 2018.

We need your support! If you have enjoyed our work, consider to support us with a one-time or recurring donation from as low as $5 to keep our site going! Donate securely below via Stripe, Paypal, Apple Pay or Google Wallet.
FacebookTwitter
SubscribeGoogleWhatsappPinterestDiggRedditStumbleuponVkWeiboPocketTumblrMailMeneameOdnoklassniki
Related ItemsBoABoA mood in seoul
← Previous Story MAMAMOO’s Hwasa Tops September Girl Group Brand Rankings
Next Story → “Three Meals in Iceland” Starring Eun Ji Won and Lee Soo Geun Releases Posters