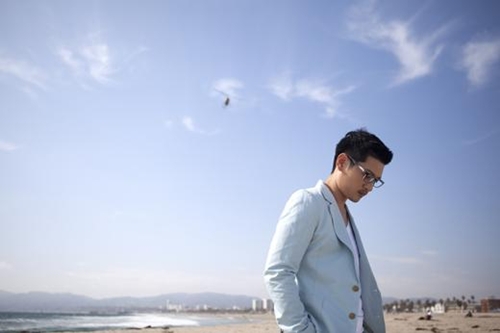 The agency revealed that Kim is currently preparing for a global tour, which will commence in October. An official has also announced, “While Kim was recording his latest album in the United States, some of the world-famous artists acclaimed Kim as a great soul musician. We are currently working on adding more stops in Europe and other shows in different regions will be announced later.”

Kim will officially begin his tour in Australia and will head to the United States in November to perform in New York, Washington D.C., Atlanta, Boston, and Los Angeles.

Hellokpop, as an independent K-pop news site (without influence from any agency or corporation), we need your support! If you have enjoyed our work, consider to support us with a one-time or recurring donation from as low as US$5 to keep our site going! Donate securely below via Stripe, Paypal, Apple Pay or Google Wallet.
FacebookTwitter
SubscribeGoogleWhatsappPinterestDiggRedditStumbleuponVkWeiboPocketTumblrMailMeneameOdnoklassniki
Related ItemsAtlantaAustraliaBobby KimBostonLos AngelesNew YorkOscar EntertainmenttourUnited StatesWashington D.C.
← Previous Story ‘JAY PARK TV’ releases first episode
Next Story → Eugene poses for SURE magazine