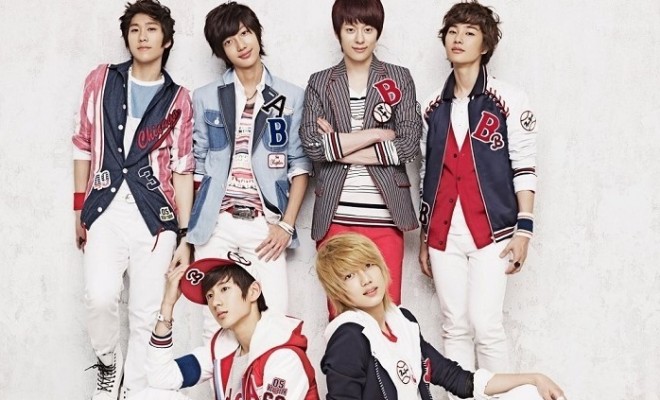 By Larissa | May 22, 2015
36
SHARES
FacebookTwitter
SubscribeGoogleWhatsappPinterestDiggRedditStumbleuponVkWeiboPocketTumblrMailMeneameOdnoklassniki

Continuing the heat of the group’s concert tours in Asia and Latin America since last November, Boyfriend will be kicking off its first European tour titled 2015 Boyfriend European Tour – The First Chapter in Finland ‘Bewitch’ in Helsinki, Finland on May 22, then moving on to Moscow, Russia on May 23, and finally ending the tour in Paris, France on May 24.

The group shared their thoughts on the highly anticipated tour, saying: “We are excited to meet our European fans, who have long been supportive of us, for the first time.” 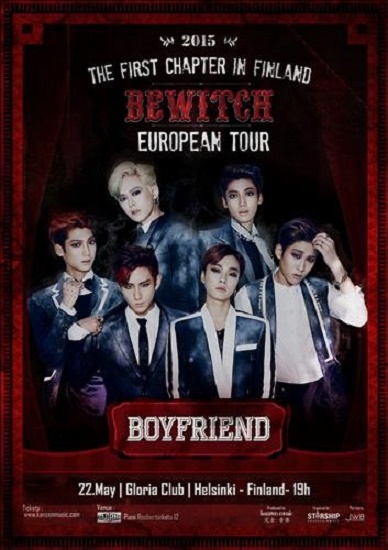 In related news, Boyfriend has proved its international popularity and influence by receiving numerous love calls from overseas fans for the group’s concerts, after its first successful exclusive concert in Seoul back in November, 2014.

In order to meet the fans’ demands, the boys visited Taiwan for their first overseas concert, 2015 Boyfriend – The First Chapter in Taiwan ‘Bewitch’ on April 5, as well as making stops in Brazil, Argentina, Mexico, and Bolivia in early May to hold their first Latin American tour entitled 2015 Boyfriend Latin American Tour – The First Chapter in Brazil ‘Bewitch.’