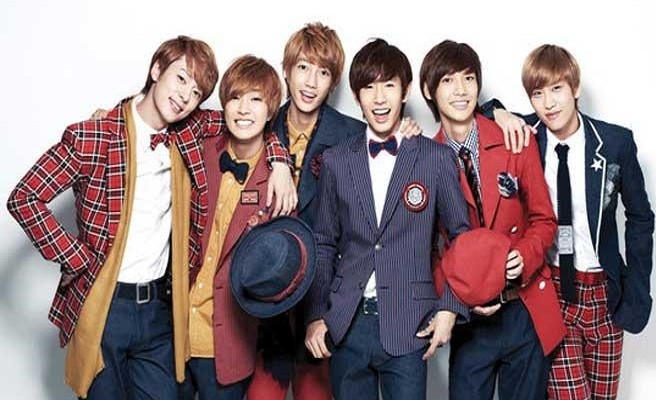 Boyfriend is set to kick off its first ever Latin American tour titled 2015 Boyfriend Latin American Tour – The First Chapter in Brazil ‘Bewitch’ in Brazil on May 1, moving on to Argentina on May 3, Mexico on May 8 and end the tour in Bolivia on May 10. 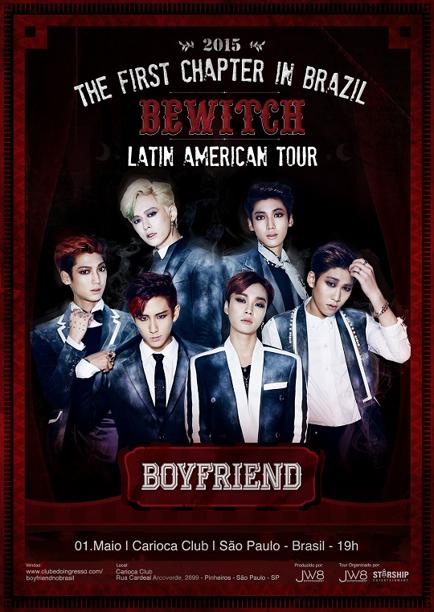 The group’s label Starship Entertainment stated: “Boyfriend successfully finished their first solo concert in Korea last November, and after the concert, many fans at overseas have requested to hold concerts in their countries as well. We are going to do our best to present the best concerts.”

The group’s concert in Argentina was added later due to the overwhelming number of requests from their fans there.

Last year, Boyfriend made a big splash in Korea with its two mini albums. The group successfully won first trophy since its debut on SBS MTV’s The Show Season 4 with the track WITCH, which was released on October 2014.

In related news, Young Min and Kwang Min, who are famous for being the twins in Boyfriend, joined MBC’s Real Man with the first shooting day on February 10. The variety show featuring the twins is set to air following Real Man – Female Soldier Special.

The boys are currently gearing up for their coming tour amidst their busy schedule on various variety shows.