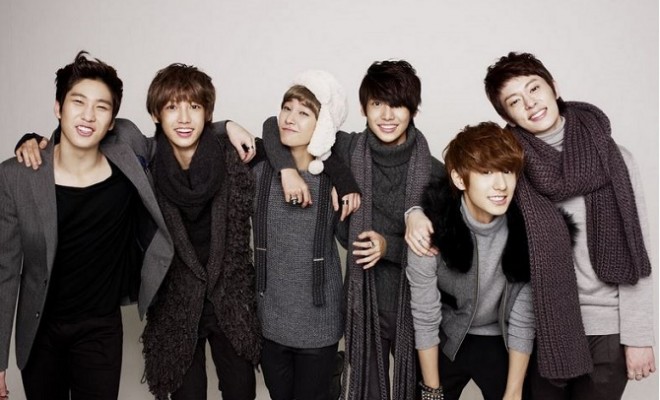 Boyfriend to Kick Off First Overseas Concert in Taiwan

Boyfriend is scheduled to kick off its first overseas concert titled 2015 Boyfriend – The First Chapter in Taiwan ‘Bewitch’ in Taiwan on April 5 at the TICC (Taiwan International Conference Center).

The boys previously headed to Taiwan to hold a fan meeting called Boyfriend’s 2013 Asia Fan Meeting ‘Janus’ in Taiwan on April 21, 2013. As this visit to Taiwan is the first start of their overseas tour since their first successful exclusive concert 2014 Boyfriend – The First Chapter in Seoul ‘Bewitch’ in Korea last November, the group will be putting its utmost effort and energy into bringing fans spectacular stages.

“Boyfriend held a successful solo concert in Seoul last year, and we have been getting a lot of concert requests from overseas during last few months. It is going to be Boyfriend’s second official visit to Taiwan, and we are very looking forward to it. They will make another unforgettable memory with many fans in Taiwan.” 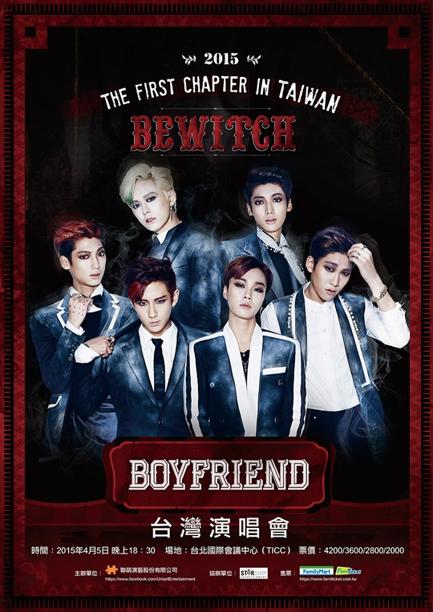 In related news, Boyfriend is currently promoting its new title song, BOUNCE, from the group’s fourth mini-album Boyfriend in Wonderland, which was dropped on March 9.

The group will be making stops in Brazil, Argentina, Mexico, and Bolivia to launch its first Latin American tour, 2015 Boyfriend Latin American Tour – The First Chapter in Brazil ‘Bewitch’, beginning from May 1.